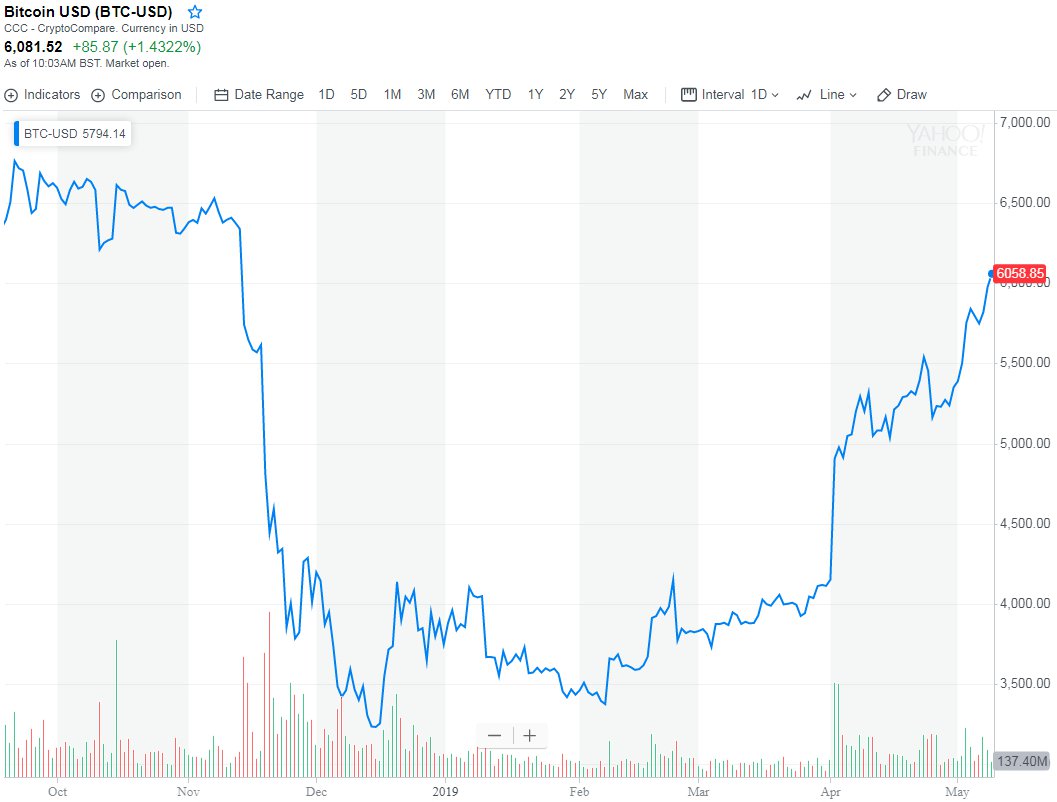 Bitcoin bull and founder of crypto merchant bank Galaxy Digital is of the opinion that the cryptocurrency’s upward trend is only getting started and has much more room ahead.

Speaking to CNN during the SALT Conference in Las Vegas, Novogratz said that after crossing the $6,000 level, the next target point will be $10,000.

Galaxy Digital’s CEO, however, warned that this time round altcoins will not necessarily rally just by virtue of being cryptocurrencies. For them to rally, Novogratz pointed out, they need to prove their usefulness:

The other coins, Ethereum being the next biggest, Ripple… they have to prove use case … that means getting people into their community, getting developers and programmers and being worthy of something.

Novogratz also dismissed the Binance hack as having no impact on the price of bitcoin. He argued that this was because ‘in bull market markets can digest bad news, we are in a bull market.’

This is the first time this year that Bitcoin has crossed above the price of $6,000. So far in 2019, Bitcoin has appreciated by over 60 percent.

Bitcoin is up more than 60% year-to-date.

Those that were greedy when everyone was fearful must feel good right now.

The cryptocurrency last touched the $6,000 level last year in November before it plunged to just above $3,000 in December. Currently, the cryptocurrency is trying to break above the $6,100 resistance level.

The bullish trend is expected to continue for the foreseeable future. According to market research boutique Fundstrat Global Advisors, the ‘long-term technical profiles continue to point to a new up cycle’ as Bloomberg reported.

The ‘Buy’ Drums Have Been Beating

Last week the market research boutique had called on investors to accumulate more bitcoin in ‘anticipation of a second-half rally’. In a note Fundstrat’s technical strategist, Robert Sluymer had said that the flagship cryptocurrency was undergoing the early phases of a long-term recovery.

Sluymer hit the headlines last year in September after warning that the ‘technical damage’ cryptocurrencies had suffered would require ‘months of repair’. Several weeks later, bitcoin went to reach a yearly low of $3,136.

Bitcoin’s rally has not come as a surprise though. Last month after the leading crypto formed a Golden Cross on the charts, several analysts predicted that this was the beginning of a bull run. This included eToro’s senior market analyst Mati Greenspan.

This is yet another sign that we’re back in a🐂market. 🚀🌛 pic.twitter.com/VK1PSsOYIB