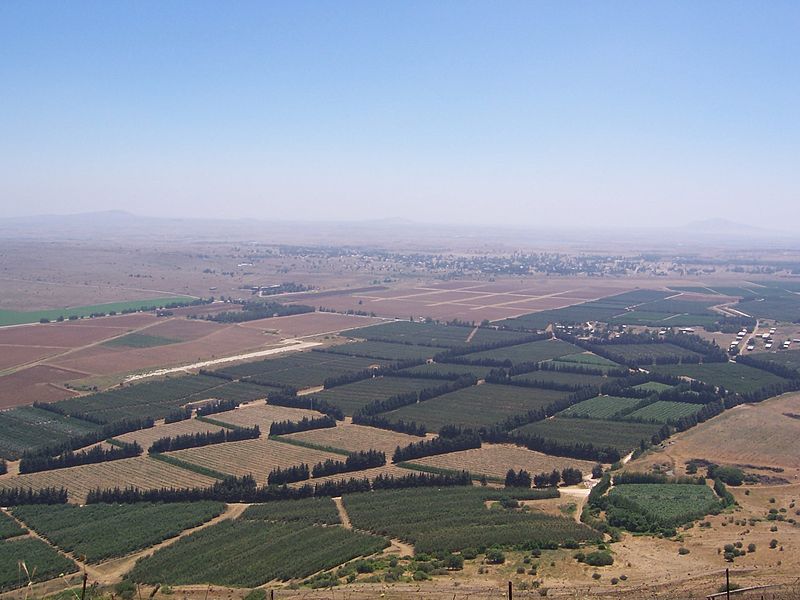 Noting the Golan Heights are of “critical strategic and security importance,” Trump tweeted:

After 52 years it is time for the United States to fully recognize Israel’s Sovereignty over the Golan Heights, which is of critical strategic and security importance to the State of Israel and Regional Stability!

Join CCN for $9.99 per month and get an ad-free version of CCN including discounts for future events and services. Support our journalists today. Click here to sign up.

It was no impulse tweet. Lobbying groups, Israeli diplomats, and members of Congress have been working in tandem to push for this outcome from the Trump Administration.

True to Trump form the move puts the U.S. at odds again with international law and agreements, just as his unilateral withdrawal from the Iran deal last year.

The international community doesn’t acknowledge Israeli sovereignty over the Golan Heights because of U.N. law prohibiting governments from acquiring territory by force.

The U.N. has also repeatedly condemned Israeli government attempts to build settlements in the occupied territory and encourage Israelis to move there…

The 1967 Israeli Invasion of Golan Heights

Israel took the area by force from Syria in the 1967 Six Days war between the State of Israel on one side, with the Arab states Egypt, Syria, and Jordan on the other.

Two thirds of the Golan Heights have been under direct Israeli military occupation and foreign rule under Israeli government administration since then.

Despite attempts by the Israeli government to build settlements in the Golan Heights starting in the 1980s (a move that was roundly condemned by the United Nations), very few Israelis have found the prospect enticing for obvious reasons and Israelis remain a minority there.

“It is most important to reiterate the conclusion of most scholarly accounts of the crisis: this was a process of unwanted escalation, which everybody wanted to prevent, but all were responsible for making this escalation unavoidable.”

But this is a whitewashing of Israel’s war crimes in the Golan Heights.

The Clear Aggressor In The Six Days War Was Israel. The Six Days War, just like the 1956 Israeli invasion of the Sinai Peninsula, was over Israeli maritime access to the Straits of Tiran within the Arab Republic of Egypt.

That 1956 fight called the Second Arab-Israeli War was a fight with a far more even outcome. Egypt was able to repel Israel, but did agree to permit Israeli maritime passage.

(The First Arab-Israeli was in 1948 and the Jews started that one too. It was an Israeli insurgency against both Arab and British forces and led to the creation of the state of Israel in what was formerly Palestine.)

When the Egyptian president decided to suddenly reverse years of policy (like Donald Trump just did) and announced the straits would be closed to Israel in 1967- Israel invaded.

Ironically they used blitzkrieg tactics which was why it was over in six days.

After the war the U.S. Office of Current Intelligence concluded “that the Israelis – contrary to their claims – had fired first.”

“If a single act of folly was more responsible for this explosion than any other, it was the arbitrary and dangerous announced decision that the Straits of Tiran would be closed. The right of innocent, maritime passage must be preserved for all nations.”

But the entire premise of Donald Trump is nations have the right to enforce their borders. I’m not too familiar with easement law, but I’ve never heard of invading a third party and conquering their land as a remedy to easement disputes.