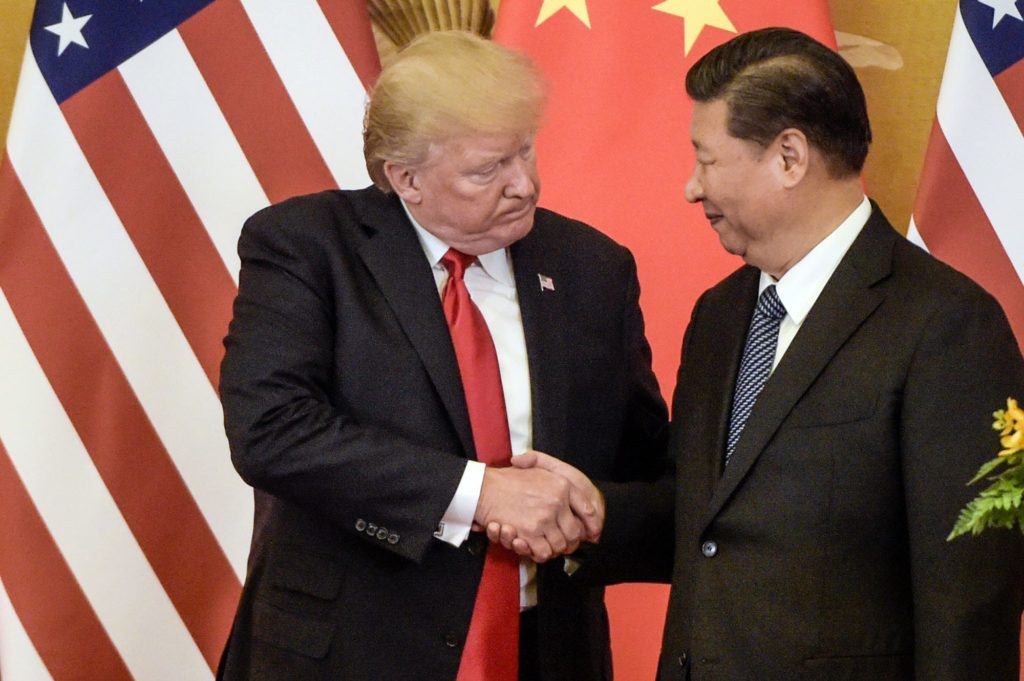 By CCN: U.S. President Donald Trump announced a trade war with China Friday, hiking tariffs on $200 billion worth of Chinese exports from 10% to 25%. On the same day, the bitcoin price extended its uptrend after jumping above $6,000.

The two events did not share anything except a date. But, according to Ed van der Walt, they probably had an interesting connection.

The Bloomberg reporter theorized that investors were using bitcoin as “trade-war play,” stating that President Trump’s decision to increase tariffs on Chinese imported goods could create geographic price arbitrage. Walt envisioned whether or not smugglers, the ones who would attempt to export Chinese products into the US illegally, were the ones who were purchasing bitcoin.

Beyond the Smuggling Theory

Walter’s question-cum-analysis followed decade-long criticism of bitcoin as a tool to drive underground economies. JP Morgan CEO Jamie Dimon once said the cryptocurrency was a fraud and was only attractive to criminals. In a similar tone, Russia President Vladimir Putin said bitcoin creates opportunities to launder funds, evade taxes and finance terrorism.

JPMorgan CEO Jamie Dimon says bitcoin is a ‘fraud’ that will eventually blow up https://t.co/9wBV7hDpNP

But to think it was the smugglers who were pumping bitcoin since its bottom formation in December 2018 sounded far-fetched, especially when there were other important fundamental factors at play, such as the one propelled by Fidelity Investments. The Boston-based asset management firm recently announced that it would offer Bitcoin trading services to its institutional clients. The cryptocurrency’s rate jumped above $6,000, a pscychological level, right after the announcement.

At the same time, one cannot deny that investors were getting prepared to face the macroeconomic shortcomings – or even disasters – caused by the US-China trade war. The International Monetary Fund (IMF) warned last year that a clash between the two super economies could leave the world more impoverished and dangerous. And President Trump’s latest decision embarks global finance to face its demon.

Julian Evans-Pritchard, a senior economist at London-based Capital Economics, said China could retaliate by doubling tariffs on US goods.

“They have a 25% tariff on agricultural commodity imports from the US, they could double that potentially,” he told CNBC. “I think it’s a balancing act for them. They want to retaliate for political reasons. But actually, in economic terms probably, their best option would be to do nothing.”

An economic fallout between the two countries will have a direct impact on US consumers, believes Jacob Parker. The vice president of US-China Business Council said the US industry and farmers, in particular, will face the maximum heat.

“It will decrease the competitiveness of American companies, reduce the efficiency of their global supply chains, and reverberate through the US economy. Pure and simple, this is a tax on the American consumer,” Parker told CNBC.

Weak fundamentals in both the US and China could prompt regional investors to offload their portfolio risks to bitcoin. In the US only, which amounts to the maximum number of bitcoin traders, the cryptocurrency demand could surge as the Federal Reserve prepares the soft-landing pad for the economy. It would mean reducing interest rates and making borrowing cheaper, a move many analysts believe will further prompt investors to hedge in bitcoin.

Usually when yield curves invert, a recession follows (see https://t.co/n16xq5Bc1o with timeframe “max”), so a recession is likely very near. And yes I think FED/ECB/BOJ will go for eternal QE/negative interest rates .. which is a mayor bitcoin buying argument imo: BTC = QE hedge

What Walt suggested was bitcoin’s potential or ongoing demand among smugglers. But, as discussed above, the cryptocurrency could be more than just an underground monetary system.