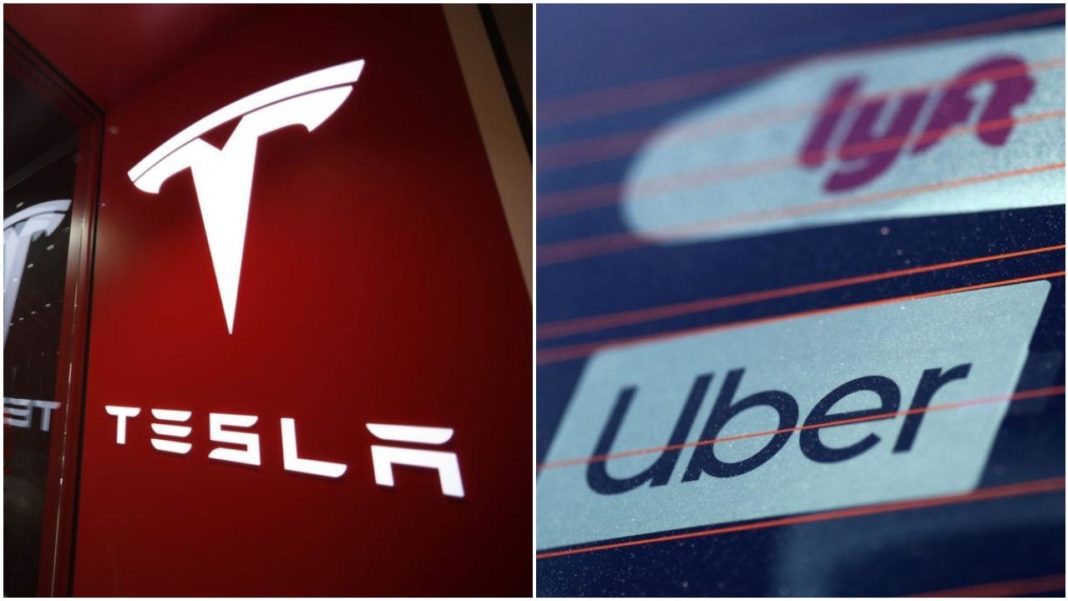 By CCN: Imagine a world where your autonomous vehicle drops you at the office. Instead of driving to the parking lot, it speeds off to pick up its first passenger of the day. You go about your day while your self-driving car generates passive income. When you’re ready to go, you summon the vehicle to take you home. This is the future that Elon Musk envisions, and it is going to happen sooner than you think. To put it simply, Tesla will render Uber and Lyft obsolete.

Tesla – Not Uber or Lyft – Will Win the Rideshare Wars

Sometimes, being first does not guarantee victory. This is a painful lesson that Uber is about to learn. This is because Tesla CEO Elon Musk recently unveiled his master plan to take over the ride-hailing business.

The strategy is simple: build a ride-hailing network where Tesla owners can add or subtract their autonomous vehicles to the fleet. Cars added to the Tesla network will be part of a fleet that autonomously picks up passengers and transports them to their destination while you work or take a vacation. When you need your car back, you can simply subtract it from the network and summon it to your location. According to Musk, car owners will keep as much as 75 percent of the revenue.

The model sounds very attractive to car owners. They have absolute control on when to share their vehicle. On top of that, the passive earnings can help ward off the repo man.

Benefits of adding your car to the Tesla Network | Source: YouTube

Musk also explained how the combination of the business models of Uber and Airbnb would put Tesla ahead of the competition and secure their position as a long-term leader in the business.

“There will be Tesla dedicated cars for ride-hailing and any customer will be able to share their car at will, just like you share your house in Airbnb… so it’s a combination of those two models [Uber and Airbnb].”

Musk also noted that in cities where demand outpaces the supply of customer-owned vehicles, Tesla will run its own fleet to guarantee that you can always rely on the company to service your transport needs. On top of that, the Tesla CEO emphasized that they will have millions of cars in the field with full autonomy capability and no one else will have that.

With an attractive passive income pitch for car owners plus an army of robotaxis, it appears that the days of Uber and Lyft are numbered.

Uber and Lyft Repeatedly Shoot Themselves in the Foot

Recent developments have made it obvious that Uber and Lyft are unlikely to survive Tesla’s entry to the playing field. A global driver’s strike last week revealed a fundamental flaw in how these two companies operate. According to Business Insider, the ride-sharing firms are paying poverty wages while failing to generate consistent profits.

To stay operational, these companies are being forced to increase the average hourly rate of drivers. Currently, the rate stands at an estimated $11.77 after deductions such as company’s fees and vehicle expenses. If they do that, revenues will suffer.

This puts Uber and Lyft in a precarious situation as both firms struggle to generate consistent profits and keep drivers satisfied. Fortunately for commuters, Tesla’s network should be operational soon.