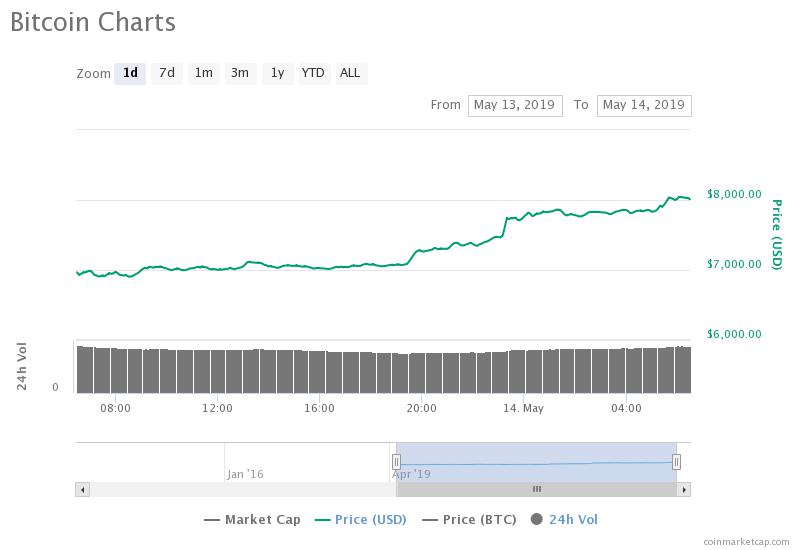 The abrupt price movement of bitcoin from around $7,000 to more than $8,000 follows the caution of a relatively large number of technical analysts regarding the demonstration of oversold conditions by bitcoin’s technical indicators.

The bitcoin price is up more than 14% against the U.S. dollar in the past 24 hours. | Source: coinmarketcap.com

Some have pointed toward the statement of Bitfinex Chief Technical Officer Paolo Ardoino, who announced the exchange successfully raised $1 billion from private companies and industry “giants” as a potential catalyst of the overnight rally of bitcoin.

While many analysts foresee the dominant cryptocurrency surpassing the $10,000 mark in the medium term, in the foreseeable future, traders have suggested that a healthy retracement is likely to be next.

the only upside resistance left is cloud at 10k

not saying it’ll happen, but probability of a cloud touch increases if kijun is breached

According to Josh Rager, the fear of missing out (FOMO) among other factors served as the stimulus of the recent crypto rally. As FOMO subsides from a strong rally, traders expect bitcoin to experience a pullback.

Other traders have similarly said that considering the increase in the bitcoin price from $5,000 to $8,000 within one month, a slight correction would be ideal for the asset and the rest of the crypto market.

“Anything in the 6k’s right now is a dream entry. All eyes on $6.8k support. It’s all about consolidating, and establishing a range to leave some room for alts,” another trader said.

As the prices of major crypto assets surged, major cryptocurrency investment firms in the likes of Digital Currency Group’s Grayscale have easily surpassed a billion dollars in assets under management.

On May 14, Digital Currency Group founder and CEO Barry Silbert said that assets under management of the Bitcoin Investment Trust (GBTC), an investment vehicle operated by Grayscale that allows accredited investors to invest in bitcoin in the stock market, hit $1.7 billion.

With major retailers accepting cryptocurrencies, Bitfinex raising $1 billion, and Bakkt releasing a highly anticipated update on its bitcoin futures market, the sentiment around the market is improving.

“The idea of living on crypto is now a reality. You can now do it. For the consumer, it amounts to being crypto conscious. It’s like being green,” Tyler Winklevoss, the co-founder of Gemini, said.

The prices of Ethereum, Litecoin, Bitcoin Cash, and other assets have increased by 5% to 15% against the U.S. dollar on the day, demonstrating strong momentum even after a 100% year-to-date gain for most.

Bitcoin has already outperformed most traditional financial assets and indices in 2019. While the S&P 500 recorded a rise of around 12% in the year, bitcoin spiked by 107% in less than five months. 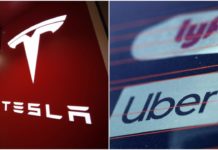