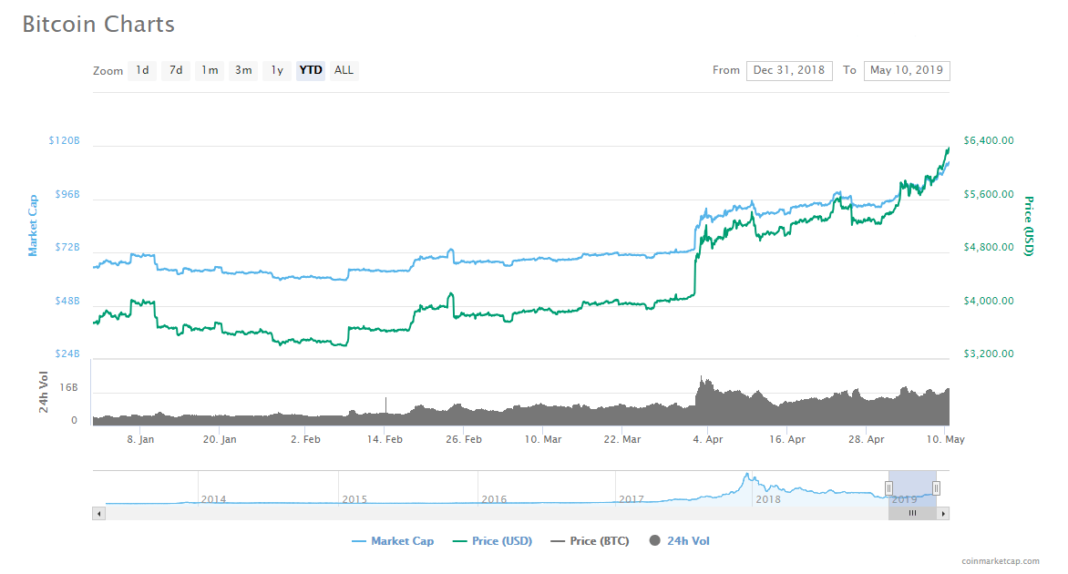 By CCN: Not to compare Vinny Lingham to Cinderella, and he’s not about to turn into a pumpkin or anything. But one of the biggest skeptics on the bitcoin price is hours away from turning bullish as the clock ticks closer to midnight.

Lingham had made himself warm and cozy in the crypto winter, so this is a 180-degree turn for him. All kidding aside, the founder of blockchain-fueled identity startup Civic has also been a realist throughout the market downturn. He was never afraid to bet against the crowd even as the rest of the community grasped at straws for a shift in sentiment. For that reason, once Lingham says it’s a bull market, you can pretty much thank your lucky stars there’s nothing stopping the bitcoin price now.

If Bitcoin can hold the $6200 level for the next 24-48 hours, then the bear market is officially over and I’m going to become a raging bull!

The thread piqued the interest of Lingham’s followers, including trader and analyst Luke Martin. He asked the Civic CEO:

“Would a close back below 6200 mean the bull market is over?”

We’re waiting to hear what Lingham has to say. Another Twitter follower asked if “a retrace to $4,200 levels is needed,” in response to which he said:

“It’s needed. But if the market doesn’t do it then I guess it’s not.”

If you’ve been following Lingham throughout the past year or so, you’re probably wondering why the sudden change in expectations? After all, Lingham has previously thrown a wet blanket on the mere suggestion that the bitcoin price was out of the doldrums. He had no shortage of reasons, previously stating:

“The market has not yet decoupled the various crypto assets from bitcoin.”

He argued as recently as last month that bitcoin’s dominance wasn’t rising proportionately to the gains in its price. As a result, any rally in the broader market was being fueled by “sentiment” rather than fundamentals. But he was willing to concede at the time:

“That said, if we can break $6200 for BTC, it will likely mark the start of another major bull run and could run hot and high, but if it’s pure speculation and other assets benefit disproportionately to value created, it’s likely not going to end well again!”

Lingham is a man of his word, and the bitcoin price remains perched at $6,334 at the time of publication. But here’s the catch – it has to hold at about this level or at least not fall below $6,200 for the Civic CEO’s prediction to stick. Bitcoin’s dominance is currently 58.1%, which seems to be a step in the right direction based on Lingham’s theory.

‘The Biggest Moonshot of an Idea’

At the Ethereal Summit today in New York, Messari CEO Ryan Selkis was part of a panel discussion on smart contracts. The conversation turned toward bitcoin, with ConsenSys’ Tanner Hoban suggesting that “bitcoin will forever be reluctant to innovate,” in response to which Selkis rebutted:

“How much more innovative do you want to get than reinventing money? It’s literally the biggest moonshot of an idea that you can make for a technology,” he said pointing to its resilience in the face of “so many challenges.”

Indeed, not to mention the scalability issues that continue to plague the network. But bitcoin’s achievements over the last 10 years are astounding and it’s not going anywhere. Investors should enjoy the bull run in the bitcoin price especially considering that it has convinced even the skeptics including Lingham that the rally has legs.