During one of the most successful and largest ICOs ever held – Tezos Foundation raised over $232 mil bringing a new cryptocurrency in the market with a initial mode of the blockchain launched afterwards. However, during a contact made by Reuters to the president of the foundation it was confirmed that the MainNet arrives on Monday.

The Swiss-based foundation plans to make the shift towards the main network on Monday despite that the coin is still battling with legal actions in the U.S. 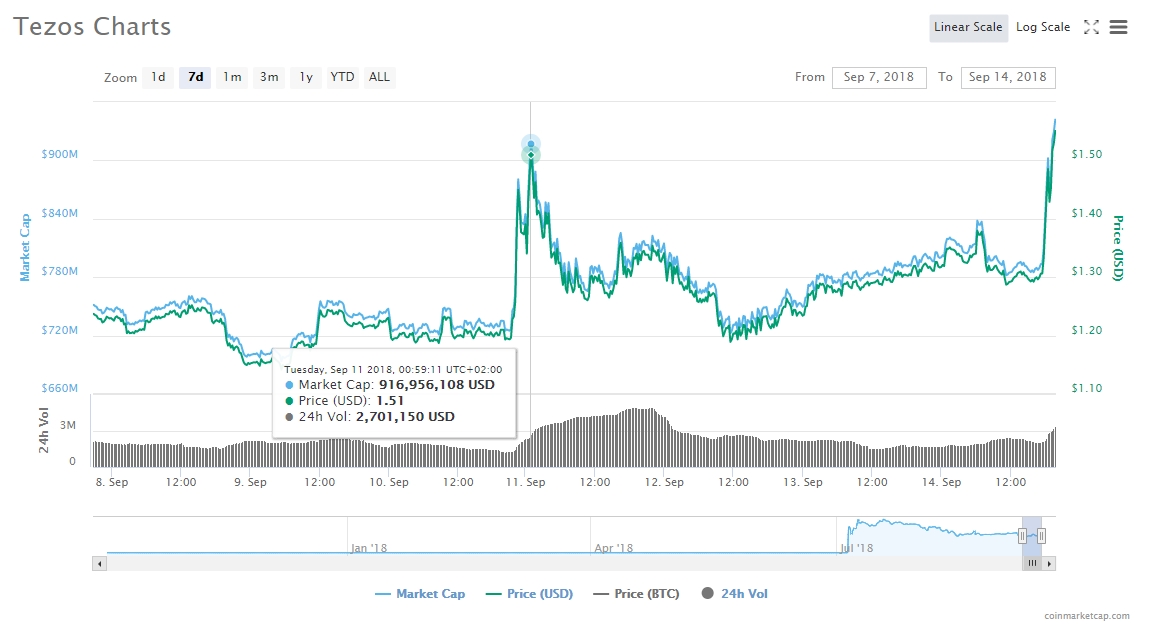 Despite that it is looking very good such a steep increase has to meet bears at some point and a value correction will follow. Depending on the performance of XTZ/BTC it can be concluded how long the token is able to sustain such level.

The crypto-market has the ability to turn into a real roller-coaster sometimes with many surprises waiting for the ones the hop-on. As reported by EthereumWorldNews on many occasions, Dogecoin did not obey by any means the rigorous declining trend that the market underwent. In a matter of a month the pair DOGE/USD moved from $0.0020 to $0.0065 which is a 225% gain.

Get real time updates directly on you device, subscribe now.

Alex Tomzack is a crypto-enthusiast and has been fascinated since first hearing about it. Loves technology, writing, culture while being a regular trader and holder of digital assets.