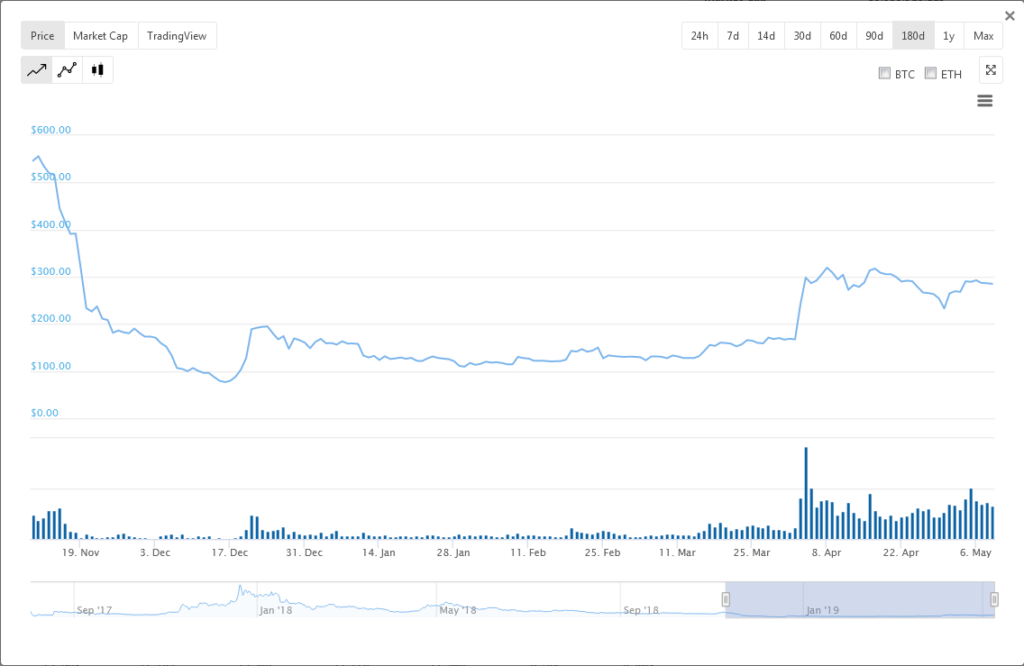 The CEO of Three Arrows Capital, Su Zhu cooked up a storm on Twitter after
asking for a vote to answer his query:

“Bitcoiners, someone gives
you 10k USD. Would you rather hold it for 5years as ETH, BCH, and USD or just
spend it?”

As far as digital assets are concerned, it appears as if most voters
would settle on (ETH) than Bitcoin Cash (BCH). From his Twitter pool, final
results revealed that ETH had 69 percent of the vote compared to 11 percent of
Bitcoin Cash.

Earlier, Roger Ver, Bitcoin.com’s CEO argued that Bitcoin Cash (BCH) price would surpass Ethereum (ETH). But the controversial “Bitcoin Jesus” didn’t stop there. He asserts that BCH was better placed and would gain global recognition faster than Ethereum (ETH) and even Bitcoin.

Despite the result, Bitcoin Cash performance in Q1 2019 was
impressive. It surged, expanding five folds after bottoming in Dec 2018 when it
crashed to $75. At spot rates, the coin is trading above $270 making it one of
the top performing coins in the top-10.  Perhaps
a trigger to this demand was not only recovering Bitcoin prices but the
introduction of Bitcoin Cash based derivatives.

According to data from Crypto Facilities, more than $50 million
of the Bitcoin Cash contracts have so far been closed. Sui Chung, the Head of
Indices and Pricing Products at Crypto Facilities said:

Ethereum is the market’s second largest cryptocurrency as far as market cap is concerned, and its enthusiasts claim that it can only be rivaled by BTC in terms of its importance to the crypto world at large. Because of what Ethereum brings to the blockchain table, the crypto world has moved from pure crypto trading and investing to designing and unleashing applications and solutions based off the internet. If anything, it is a development platform that has stayed true to its calling to bring on the blockchain revolution.

Thanks to Vitalik and founders’ improvement of the core, the
platform is the to-go to network for smart contract projects, ICOs and dApps
launching. Despite the competition Ethereum has faced, it is unique and has
therefore held its ground against the sudden gush of competing altcoins. At the
same time, Ethereum (ETH) is on a growth spurt breaking its previous resistance
level of $150 and would likely close above $200 in days ahead.

Even so, Ethereum bulls say that comparing ETH to BCH is akin to comparing apples and oranges, for obvious reasons. At first glance, both are desirable assets but Ethereum is more of a development platform as aforementioned. Therefore, its native currency, ETH, is a utility than a text book definition of a “currency”.

Meanwhile, Bitcoin Cash is a Bitcoin fork but with different
ideas on the best way to scale the network. Although fast with plans of
integrating Schnorr Signatures, improving privacy and hard forking in days
ahead, Bitcoin Cash has a long way before it catches up or even replace Bitcoin—the
most valuable coin.