Friday, September 14: After yesterday’s bullish upswing, crypto markets have today been hit with widely-dispersed corrections. Ethereum (ETH) is today’s most resilient large-market-cap altcoin, seeing the most notable growth on the day among the top twenty cryptoassets, as data from Coin360 shows.

After soaring 18 percent on the day yesterday, September 13 – and peaking as high as $223 during early trading hours today – Ethereum has seen a tempering downwards, before regaining some losses in the hours before press time.

At its current $214 price point, the top alt has sealed a solid almost 4 percent of growth on the day.

Even as Ethereum sees a bullish couple of days on the markets, fresh research from TrustNodes has revealed data that may account for the top alt’s middle-term price weakness.

According to TrustNodes, in the 10 days leading up to September 13, Initial Coin Offering (ICO) projects have sold three times more ETH than they did in August, with major implications for price performance.

Ethereum remains down almost 9 percent on its weekly chart, but has significantly closed down its losses on the month, which are now at 26.3 percent. 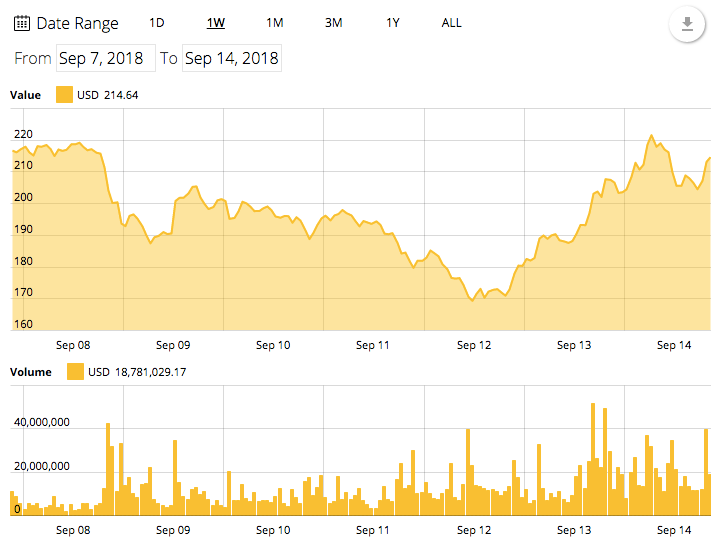 Having reclaimed the $6,500 mark yesterday, Bitcoin (BTC) is trading just slightly down today at  $6,480 as of press time, seeing a negligible percentage loss over the 24 hour period. The leading crypto briefly tumbled back to $6,430, shedding $150 in value in a narrow two-hour time window earlier today, after trading as high as $6,580. Bitcoin has since bounded upwards in a jagged recovery in the hours before press time.

On the week, Bitcoin is just about breaking even, with monthly gains at a solid 3.67 percent. 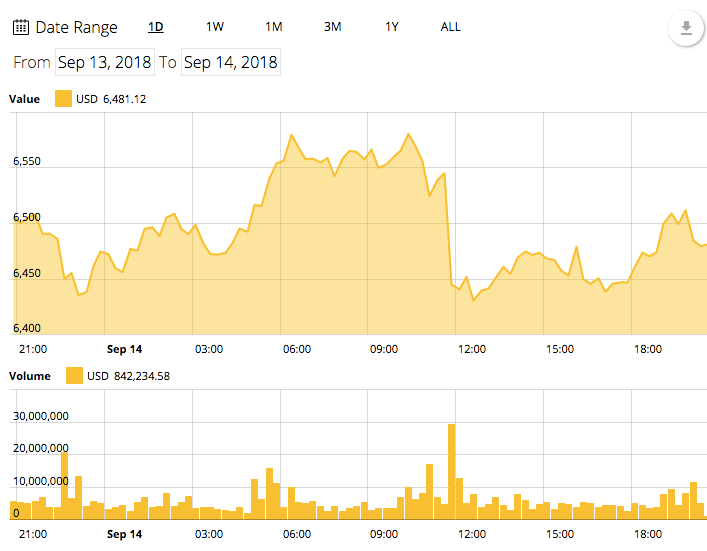 Among the other top ten coins on CoinMarketCap, virtually all cryptoassets are seeing mild losses on the day, mostly capped below 2.5 percent. The only alt to have shed fractionally more is Stellar (XLM), ranked 6th, which is down 3.22 percent to trade at around $0.20 at press time.

Litecoin (LTC) and Monero (XMR) are the only top ten coins aside from Ethereum to see any growth, but only just, both up under 2 percent on the day to press time.

Among the top twenty coins by market cap, Dogecoin (DOGE), ranked 20th, has seen the heftiest losses, down 5.5 percent on the day. DOGE notably saw relatively lacklustre growth yesterday, as the wider market soared, but is still significantly up on its monthly chart after a vertiginous price hike in early September. 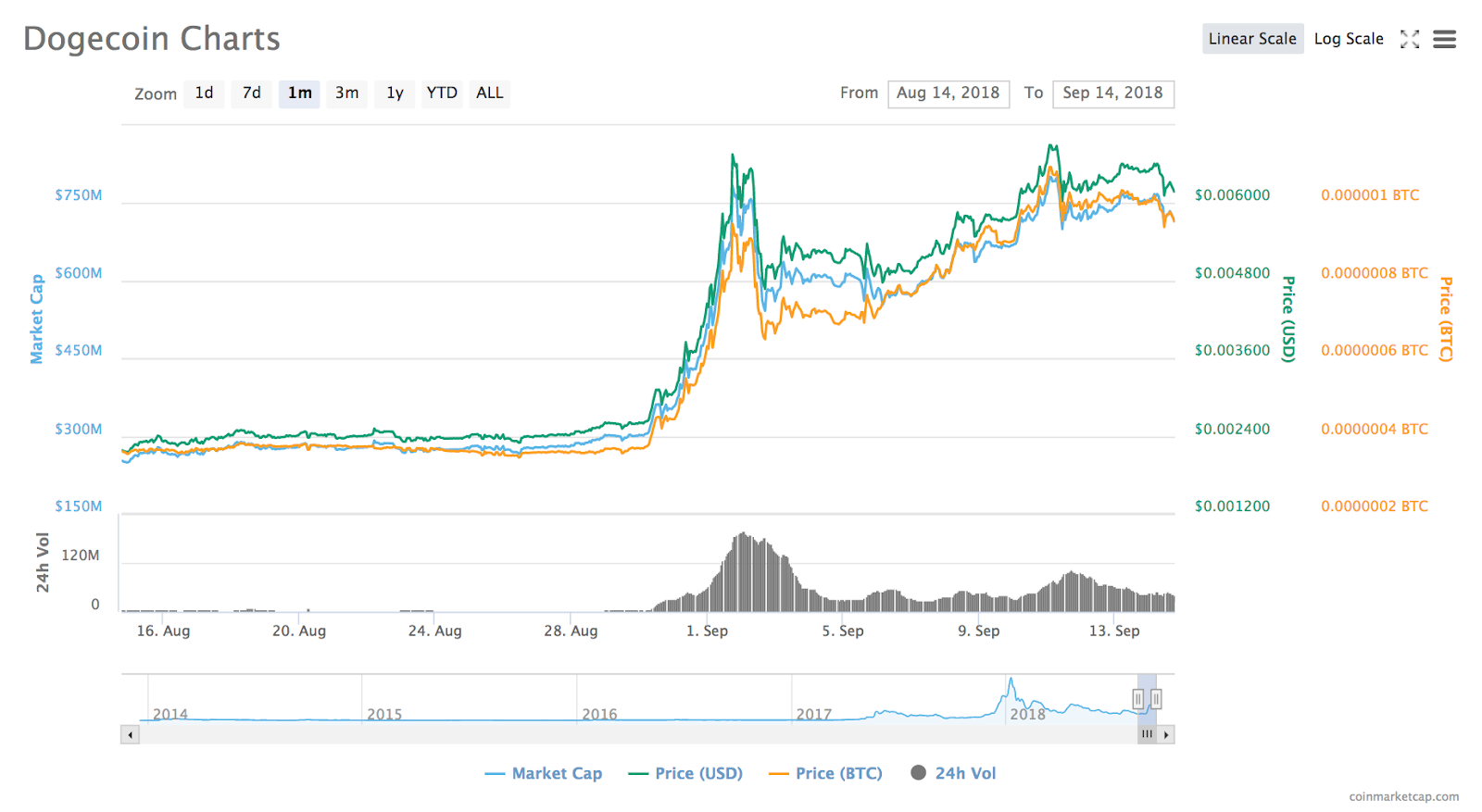 Binance exchange’s native token, Binance Coin (BNB), ranked 16th, is the only other top twenty coin to see green, up 1.89 percent on the day to trade at $9.79 at press time.

Dash (DASH), IOTA (MIOTA) and TRON (TRX) are each down around 2 percent on the day to press time.

Total market capitalization briefly spiked as high as $204.3 earlier today, but has since declined to $201.1 billion as of press time.

The week has been a volatile and uneven one, during which total market cap briefly plummeted to around $186.3 billion September 13, but have managed to almost fully regain losses.

He further noted that the Bloomberg Galaxy Crypto Index (BGCI) – which is designed to measure the performance of the largest cryptocurrencies traded in U.S. dollars – “retouched the highs of late last year and the point of acceleration that led to the massive rally/bubble.”

Moreover, today saw a further revelation that capped a positive week for potential institutional investor exposure to Bitcoin and other crypto assets. U.S. stock brokerage firm EF Hutton unveiled plans to issue $60 million in various cryptocurrency instruments as of January 2019, the same week as it confirmed it was the major sponsor of a forthcoming U.S. cryptocurrency exchange that will be known as ACEx.