The attack on Ukraine by Russia has generated worldwide economic sanctions for the Russian government. Russian banks have been removed from the SWIFT global payments system. Many have asked whether Russia could use Bitcoin to get around sanctions and their lack of access to the SWIFT system. The upshot is that Russia won’t be about to use virtual money to evade sanctions. The issue is that the cryptocurrency market is too small to handle large volumes of currency needed to run their economy. Another problem with the online trading of Bitcoin is that it is too traceable and provides access to each transaction.

Why Would Cryptocurrency Be an Alternative

Whether the cryptocurrency system could work for Russia has come about because Russia has been excluded from the global banking system. Sanctions have been placed on Russia, its leaders, and its banks. One of the most impactful is the removal of Russian banks from the SWIFT system.

SWIFT is the global banking messing messaging system that allows each bank to communicate. The SWIFT system network is part of a worldwide payment system. It delivers instructions about payments from one bank to another. Each bank around the globe has a SWIFT number that allows it to be recognized.

With Russian banks blocked from transacting in dollars on the SWIFT system (which is the currency of choice allowed on the system), attention has been turned to the cryptocurrency market. Officials are wondering if Russia can side skirt the SWIFT system and use Bitcoin to make payments for some of their commodities. Russia relies on oil, wheat, nickel, and natural gas to drive its economic output. With prices of Russian exported commodities surging to record highs, there seems to be a substantial need for another mechanism to move the capital from one bank to another.

Additionally, the cryptocurrency exchange announced that it would block transactions from IP addresses from sanctioned countries and individuals. While Coinbase has said that they will not stop all Russians from using Coinbase, they will focus on those individuals whom the U.S. has indicated.

Has There Been an Increase in Crypto Usage Since the Invasion?

According to Fortune.com, it does not seem that nations hit by sanctions have been rushing to trade cryptocurrencies on the blockchain. This situation might mean that sanctions-hit Russia understands that cryptocurrencies will not solve their issues, or it might mean that some figures want to avoid a blockchain where each transaction is captured. A recent cryptocurrency case in the United States led to a recovery of 4 billion in Bitcoin that was stolen. The case shows that the U.S. has the tools to track down companies or individuals that use cryptocurrency in any manner.

Recent blockchain data shows that Ruble-denominated crypto activity was just $34.1 million on March 3rd. That figure is down from the $158 million records on May 20, 2021. A record of $158 million is minimal in the scope of the statistics Russia is working with. For example, Russia exports 5 million barrels of oil per day. For oil alone, Russia would need a cryptocurrency ledger that would allow it to exchange 600 million dollars per day just to account for the cash flow required for the oil. This situation does not include other exports such as wheat. Russia exports 25-30% of the wheat that is consumed globally.

Additionally, many regulated cryptocurrency exchanges have blocked thousands of accounts that Russian companies or citizens own. This activity will make it more difficult for people to use cryptocurrency for ill-gotten gains. There is also no example of Russians trying to increase their use of cryptocurrencies that are blockchain-related. The cryptocurrency market is too small and too exposed for Russia to use it as a potential payment system, primarily to replace SWIFT.

Take advantage of the cryptocurrency markets with CoinsMarkets 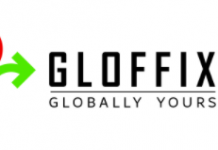