Having settled to circle the $6,500 mark towards the end of last week, Bitcoin (BTC) has subsequently seen some volatility, plummeting below the $6,300 point yesterday.

The top coin is now trading around $6,356 to press time, seeing negligible percentage change over the 24 hour period. On the week, Bitcoin is up 0.65 percent, with losses on the month now at 3.5 percent. 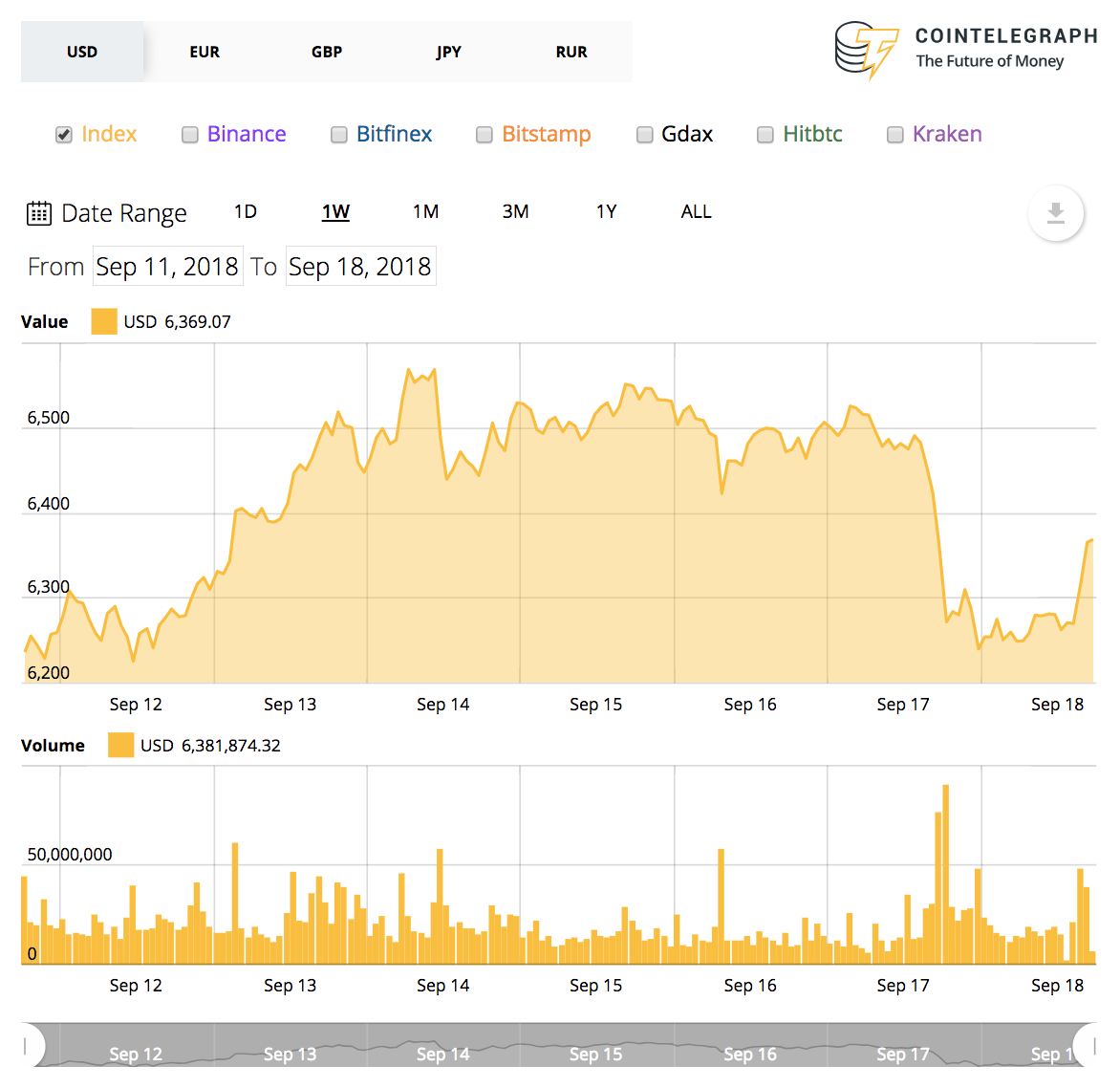 Ethereum (ETH) has seen a volatile 24-hours, plunging as low as $194 yesterday to reverse recent gains, only to recover rapidly today to peak as high as $212 within a two-hour time span. Ethereum’s ascent has tempered off slightly in the hour before press time, but the top alt is still bullishly holding fort at $213.

On the week, Ethereum’s gains are over 7 percent; monthly losses remain a start 33.4 percent. 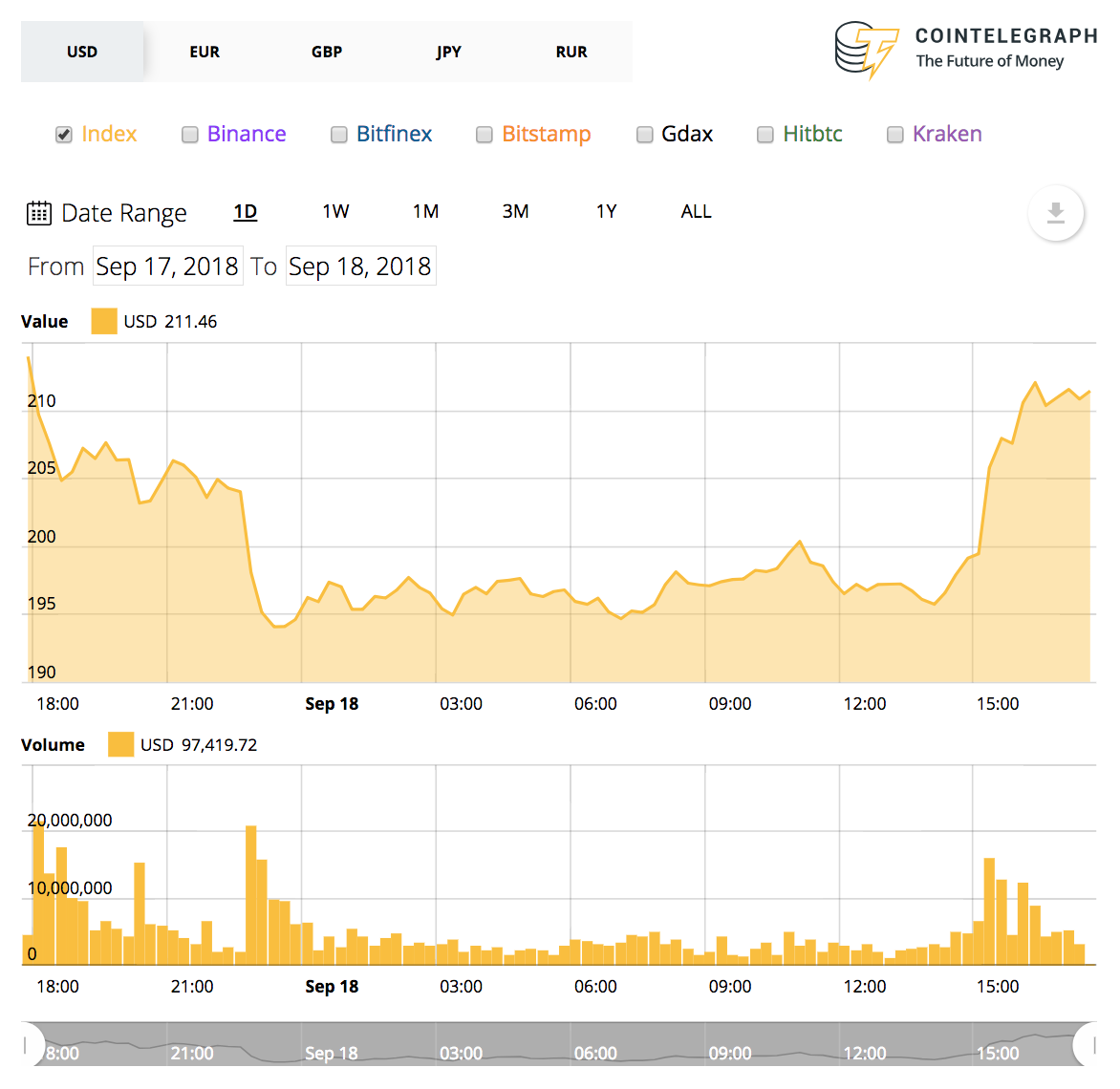 Ripple (XRP) has seen the largest gains among all the large-market-cap coins, soaring 18 percent on the day to trade at $0.32 at press time. Ripple’s skyrocket kicked off this afternoon, bringing its weekly gains to an exceptional 21.75 percent. On the month, however, XRP remain down by around 10.7 percent.

Yesterday, Sagar Sarbhai, Ripple’s head of regulatory relations for Asia-Pacific and the Middle East, hinted that Ripple is likely to launch a commercial application of its xRapid liquidity solution for banks “in the next month or so.” 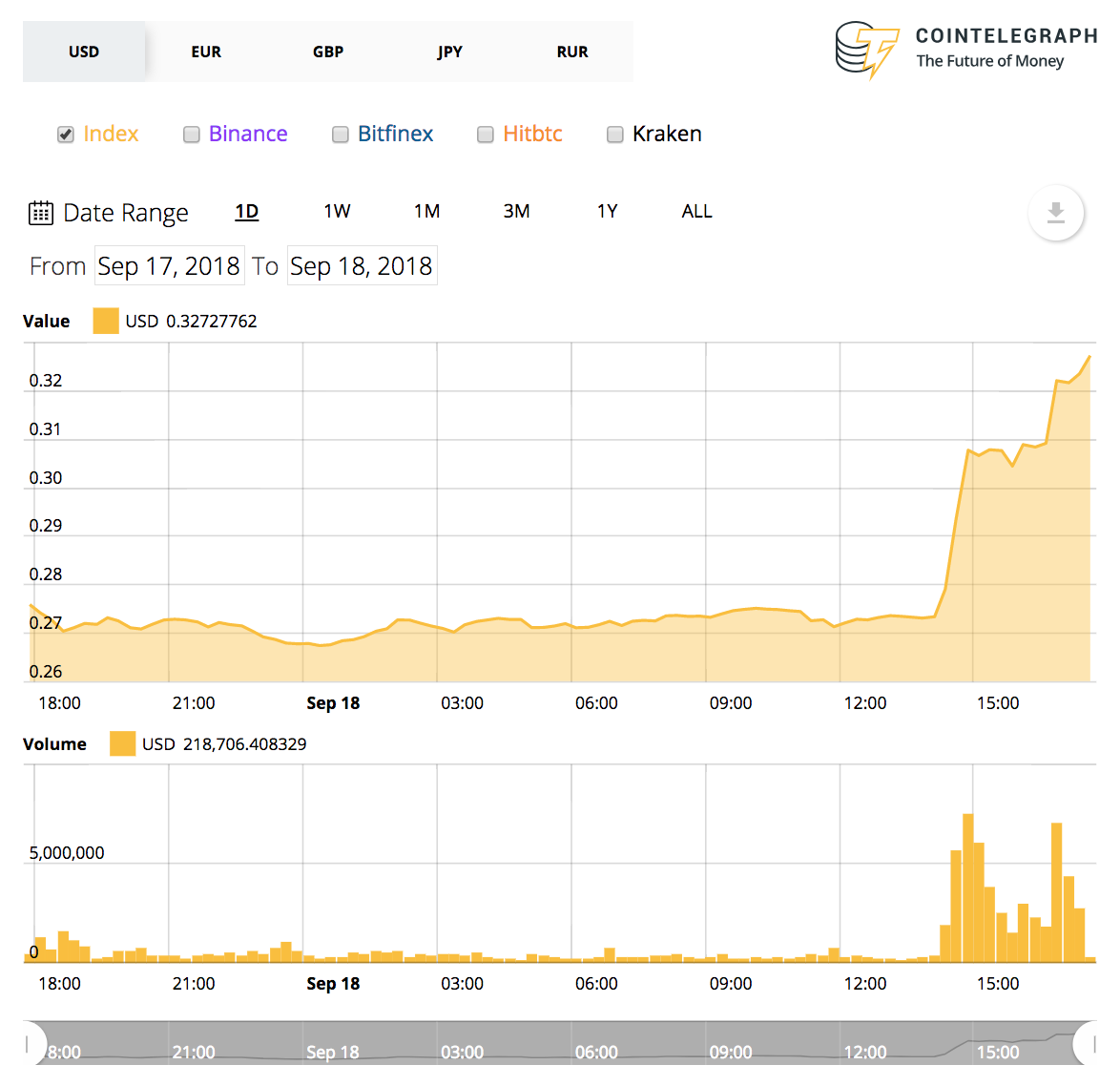 Total market capitalization has surged from around $192 billion to over $200 billion as of press time.

As the markets continue to see marked volatility, China’s central bank, the the People’s Bank of China (PBoC), has today issued a new public notice starkly warning investors against the “illegal” ICO and crypto space.

In the considerably more open U.S. crypto-regulatory space, the chief accountant for the U.S. Securities and Exchange Commission (SEC) has this week nonetheless emphasized that the advent of digital assets and blockchain technology does not change the “fundamental responsibility” of firms when it comes to their financial reporting activities.