Wednesday, September 5: crypto markets have suffered a sharp decline within one hour, with total market cap down $12 billion and almost all of the top 100 coins by market cap in red, according to CoinMarketCap.

Major cryptocurrency Bitcoin (BTC) has again dipped below the $7,000 point today, according to Cointelegraph’s BTC price index. Bitcoin is down around 5 percent over the past 24 hours, trading at around $6,996 at press time. The digital currency is hardly holding monthly gains, while weekly losses have amounted to around 1 percent by press time. 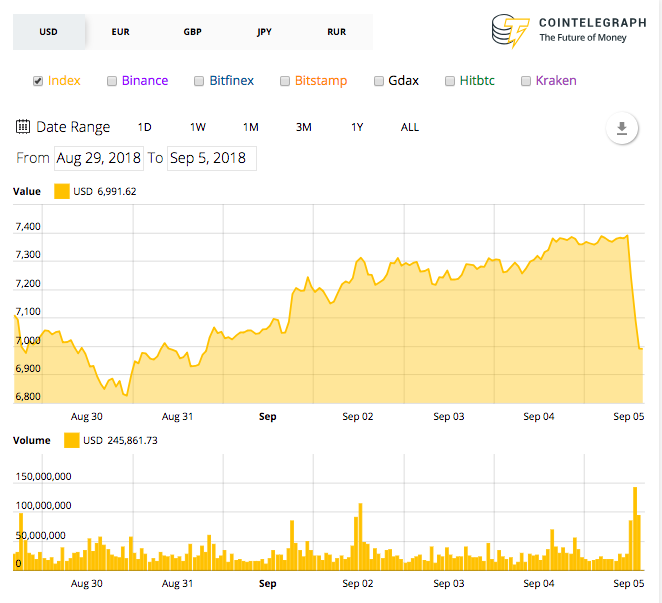 Ethereum (ETH) has also suffered losses today, with its price having plunged deep below the $300 point. Ethereum is now trading at $258, down more than 11 percent over a 24 hour period to press time. 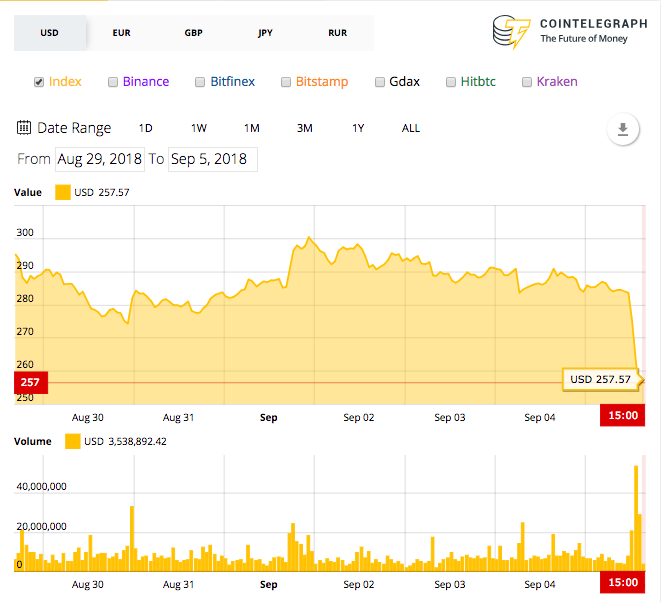 Total market cap is down dramatically within just one hour, and appears to continue the downward trend, seeing another dip. Total crypto market capitalization is around $222 billion at press time, down from yesterday’s high of $240 billion.

During this downward trend on the market, Bitcoin has again seen significant growth in terms of dominance over the rest of cryptocurrencies. Going in parallel with the sharp plunge of the markets, Bitcoin’s dominance has significantly increased over a short period of time, up one percent, currently amounting to 54.3 percent. This is the highest point of BTC dominance over the past two weeks. 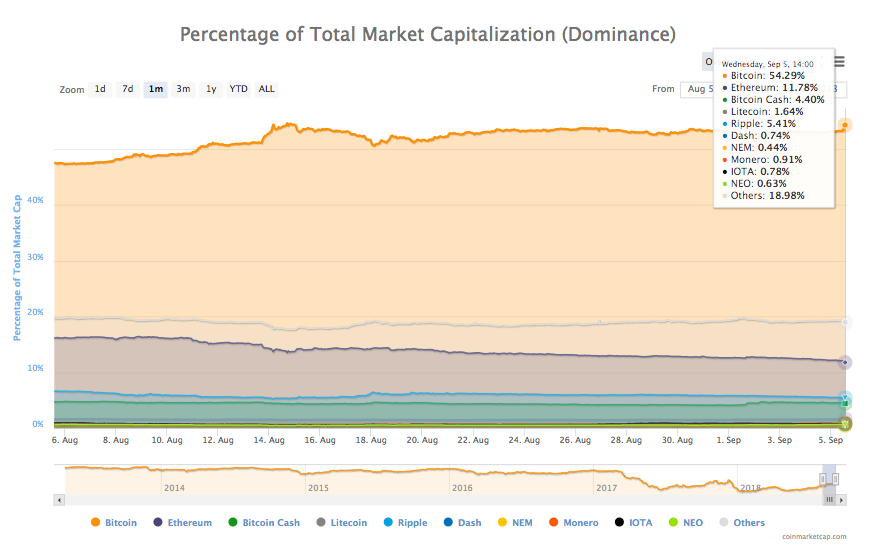 The average losses of most of the top altcoins by market cap range within an interval of 9 to 12 percent to press time, with major coins Ripple (XRP), Bitcoin Cash (BCH), and EOS down 11 percent, 10.2 percent, and 10.9 percent respectively by press time. XRP is trading at $0.30, while the prices of BCH and EOS amount to around $562 and $5.85 respectively.

Bitcoin Gold (BTG), which will be delisted from major crypto exchange Bittrex by mid September, sees smaller losses, down 4.6 percent and trading at $20.60 at press time.

In contrast, another hard fork of Bitcoin, Bitcoin Diamond (BCD), is seeing extraordinary growth today, up 110 percent over the past 24 hours to press time.

CNBC’s crypto trader host Ran NeuNer has subsequently reacted on his Twitter to the recent market dip, writing that the “movement” from a crypto wallet allegedly associated with the Silk Road could be the reason for the drop: