Sunday, September 16: crypto markets have seen a mix of red and green today, with some small fluctuations and total market cap holding position.

Bitcoin (BTC) is negligibly up on the day, and trading at around $6,504 at press time. The major cryptocurrency is holding weekly gains, up about 5.1 percent over the past 7 days. 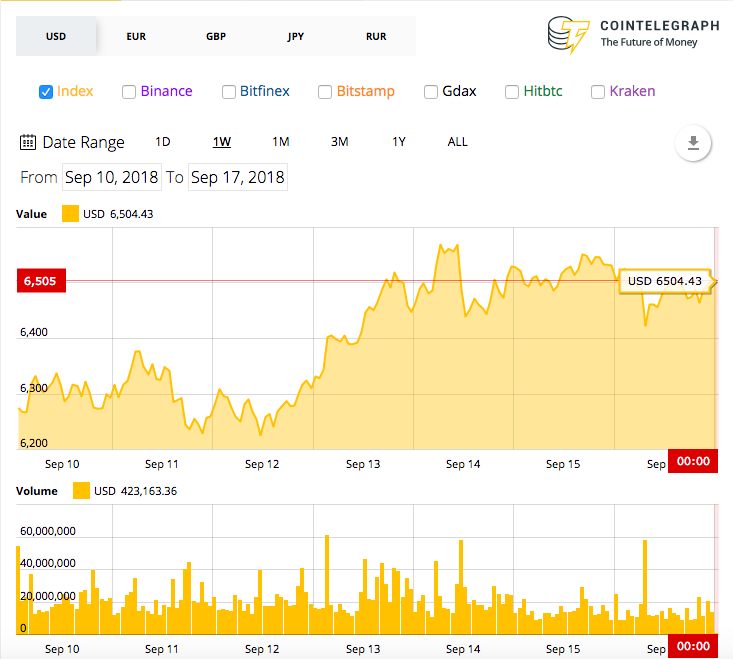 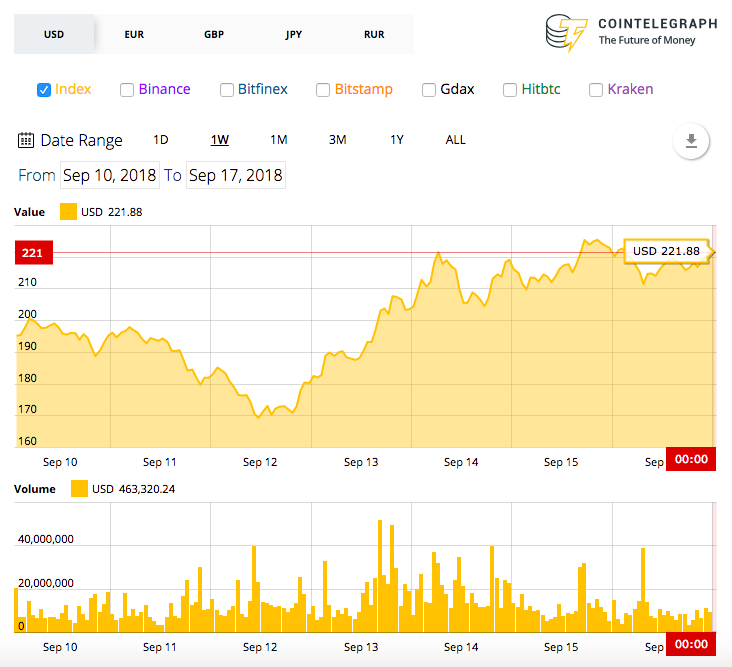 Total market cap keeps holding position, fluctuating around the $201 billion point for the most part of the day, with an intraday low of $199 billion. At press time, the total market cap is at around $203 billion.

Recently, Silicon Valley venture capitalist Tim Draper predicted that the combined cryptocurrency market cap will hit $80 trillion in the next 15 years, citing the variety of markets that will be transformed by the cryptocurrency industry.

Stellar (XLM) and Dogecoin (DOGE) are seeing biggest gains among the top 20 cryptocurrencies by market cap over the past 24 hours, up 2.6 and 4.3 percent respectively. Stellar, the sixth top coin by market cap, is now trading at $0.21, while DOGE, ranked 20th, trades at about $0.006 at press time.

Tezos (XTZ) and Binance Coin (BNB) have seen the largest losses out of top 20 coins over 24 hours period, down 3.9 and and 2.6 percent respectively. Tezos, which saw the largest gains among top 20 coins yesterday, is now trading at $1.58, still up 27 percent over the week, with BNB trading at about $9.88 at press time.

Yesterday, Binance co-founder and CEO Changpeng Zhao (CZ) revealed that the company will start beta testing a crypto-fiat exchange in Singapore on September 18. As of press time, Binance is ranked number one by adjusted trading volume on CoinMarketCap, seeing a volume of about $823 million over a 24 hour period.