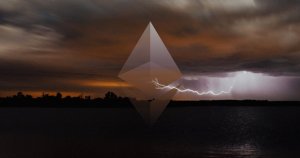 The next version of Ethereum, which uses Casper proof-of-stake, is live on the Prysm testnet. The public release marks another major step towards Ethereum 2.0, which its developers say will bring greater security, scalability, and decentralization to the network.

On May 6, Prysmatic Labs, one of nine independent teams responsible for building Ethereum 2.0 clients, announced that the v0.4 Casper PoS implementation of Ethereum 2.0 is live on the Prysm testnet.

Something to keep in mind is that Ethereum 2.0 will not be implemented via hard fork. Instead, an entirely separate blockchain will be created to allow for these new features. Users will be able to deposit their old ether into a smart contract in exchange for new ether on the 2.0 chain.

The 2.0 version of Ethereum introduces a long-awaited feature, sharding. Shards are interconnected secondary chains which manage smart contracts and transactions. These shards are connected to a main chain, known as the “beacon chain.”

The beacon chain functions as a coordinator of these different shards and stores a list of approved validators on the network. The beacon chain also gives “attestations,” which are votes on which block should be added to the primary history of the blockchain. The process is analogous to how miners add blocks in a proof-of-work system.

The main benefit of sharding is scalability. Instead of processing transactions on a single chain work can be distributed to multiple chains, increasing the total number of transactions that can be conducted.

Previously, there was a time where Ethereum was crippled from congestion from a single app—CryptoKitties. The game’s furry, collectible tokens brought the network to a crawl and pushed the average transaction cost from under $0.5 to over $3. Sharding would allow the network to accommodate more sophisticated dApps while mitigating congestion.

The v0.4 test implementation includes a functional beacon chain, with validators, using Casper proof-of-stake. Subsequent versions will introduce smart contract (EVM) features and other functionalities. Overall, the testnet allows developers to experiment with the new version of Ethereum prior to the full release.

The next steps for Prysmatic Labs is to launch v0.6, which is a “massive improvement” on v0.4. By June, the organization will have a more polished and finalized version of the software in preparation for the mainnet release of Ethereum 2.0.

Like what you see? Get more Ethereum 2.0 news in your inbox…

Mitchell is a software enthusiast and entrepreneur. In addition to writing, he runs a non-profit that teaches people about the blockchain. In his spare time he loves playing chess or hiking.