Tuesday, September 11: crypto markets have seen another decline today, with most of the top 20 coins by market cap in the red, according to data from CoinMarketCap. The majority of altcoins are recording losses, reaching around 5-6 percent among those top 20 currencies.

Bitcoin (BTC) is slightly down today and currently trading at $6,238, which is around a 0.3 percent loss over the past 24 hours. 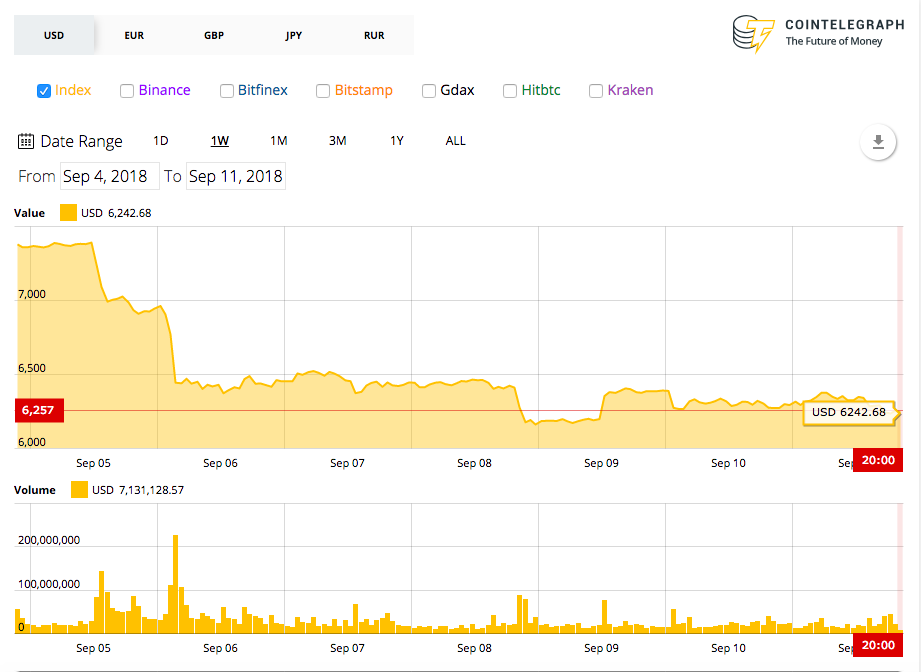 Ethereum (ETH) is also seeing significant losses today, with its price point having dropped below $190. The top altcoin is now trading at around $181, down roughly 4 percent over a 24 hour period. 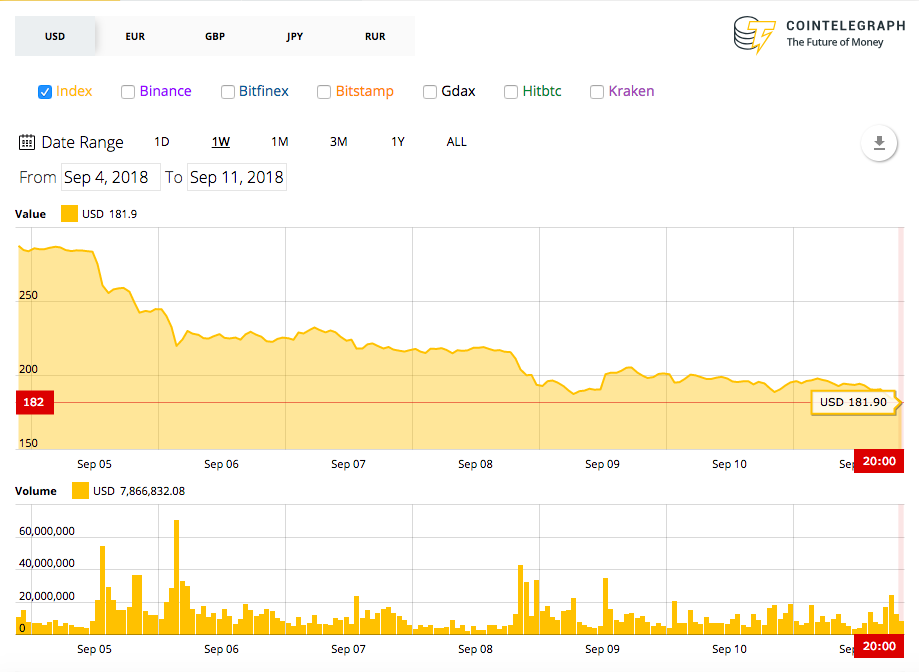 Total market capitalization has dropped to $191 billion, which is the lowest point since early November 2017, according to CoinMarketCap. At press time, the losses of the crypto market over the past 7 days constituted around 20 percent, down from about $239 billion on September 4.

In another wave of red, Bitcoin still continues gaining momentum in terms of market share, demonstrating a significant growth in its dominance over the altcoins. The percent of Bitcoin’s dominance has now reached 56.9 percent for the first time since December 16, 2017, which is the day before Bitcoin soared to its the all-time high of $20,000. 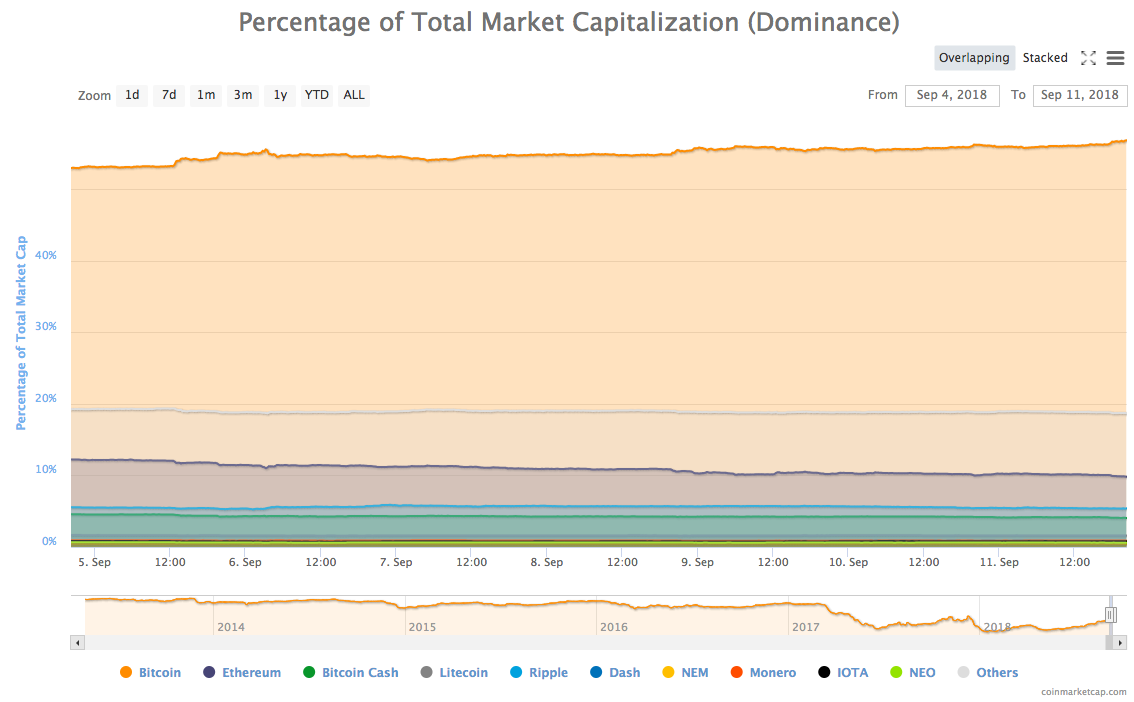 In terms of the biggest losses among the top 20 cryptocurrencies over the day, Bitcoin Cash (BCH) and VeChain (VET) have suffered the most, seeing more than 5 percent declines over a 24 hour period. BCH is down about 5.4 percent, trading at around $445, while VeChain has dropped by around 6.2 percent, and trades at about $0.01 at press time.

Ripple (XRP), the third top cryptocurrency by market cap, is down about 2.4 percent over the past 24 hours, and trades at around $0.25 at press time.

While most of the altcoins are seeing another downward trend, controversial Tezos (XTZ) is up almost 12 percent instead. The altcoin is trading at about $1.34 at press time, still down more than 7 percent over the past 7 days, following the recent market sell-off.

Earlier today, the founder of the exchange services operator OKCoin and the second-largest crypto exchange OKEx Star Xu, was reportedly detained in China due to allegations of his involvement in reported cryptocurrency fraud.