Sunday, September 23: crypto markets are seeing another wave of green. All but one of the top 20 cryptocurrencies by market cap have made gains over the past 24 hours, according to CoinMarketCap.

After suffering a slight decline yesterday, Bitcoin (BTC) rebounded today, trading above $6,700 throughout the day. The cryptocurrency is at $6,734 as of press time, up 0.9 percent on the day.

Bitcoin is also up 3.3 percent over the past 7 days, and up 5 percent up on the month. Despite that, Bitcoin’s dominance has dropped slightly, down from 55.6 percent a week ago to 51.2 percent at press time, according to CoinMarketCap. 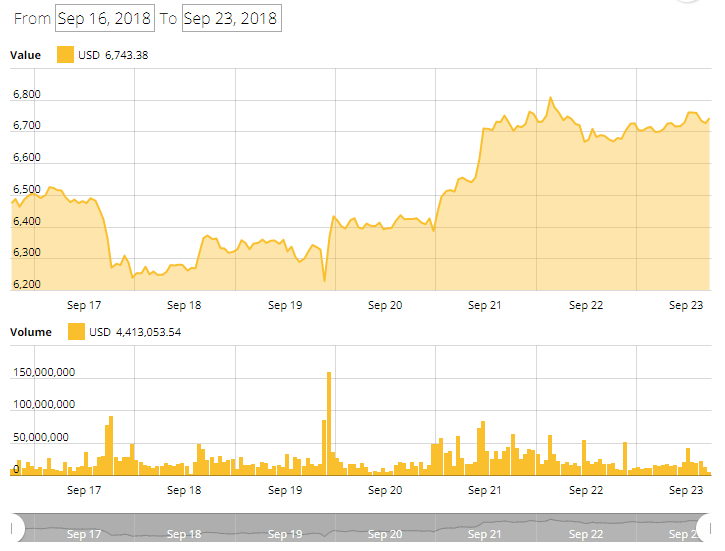 Ethereum (ETH), after having briefly given up its position during a massive Ripple (XRP) rally, is now back to the second spot by market capitalization.

The coin is up 2.6 percent in 24 hours to press time, currently trading at $245. Ethereum is up a significant 10.4 percent on the week, but it has not yet managed to recuperate its monthly losses, still down around 9 percent over the past 30 days. 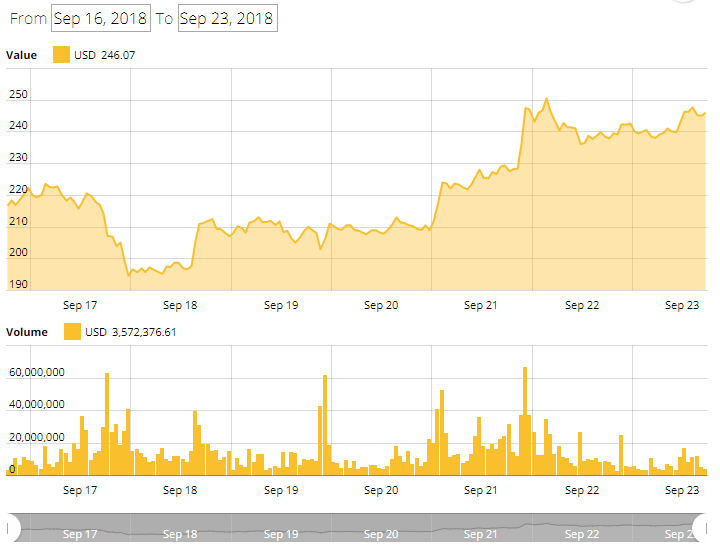 The third largest cryptocurrency by market cap Ripple (XRP) is the only one to see some losses among the top 20 coins, according to CoinMarketCap. Following a period of immense growth earlier this week, Ripple is down 0.23 percent over the past 24 hours, to trade at $0.568. 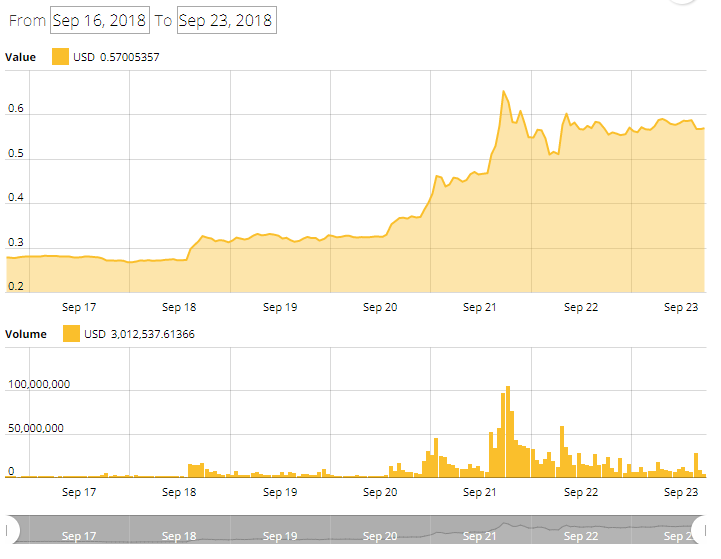 Crypto markets are holding their gains firmly, with total market cap slightly up over the past 24 hours, currently at $227 billion. Following a significant sell-off that started on September 5, the market has only recently climbed back above the $220 billion point.

The sixth largest coin by market cap Stellar (XLM) is seeing the most gains among the top 20. Stellar’s price has surged more than 20 percent in 24 hours to press time, currently at $0.289. The altcoin experienced considerable growth this week, up around 40 percent over the past 7 days, according to CoinMarketCap.

Cardano (ADA) is up 10.6 percent today, currently trading at $0.09. The altcoin’s weekly gains constitute more than 31 percent, according to CoinMarketCap.

CNBC’s Ran Neuner has noted in a tweet that cryptocurrencies are gaining significant momentum, pointing out that the daily trade volume of the entire market is approaching $14 billion, which is “the most volume we have seen in a while.”