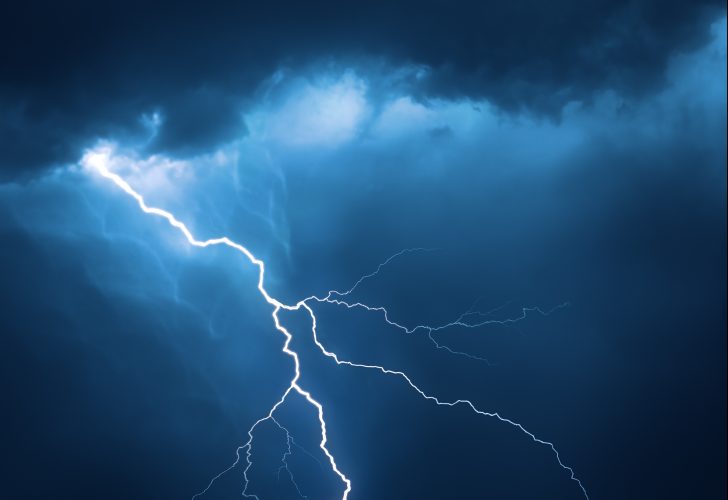 Hailed as one of the most potent solutions to cryptocurrency scaling currently under development, the lightning network effectively creates a layer on top of bitcoin, enabling fast and cheap transactions which can net settle to the bitcoin blockchain.

Proposed by Thaddeus Dryja and Joseph Poon in a 2015 white paper, the idea is based on a network that sits on top of the bitcoin blockchain, and eventually settles on it. The network is comprised of user-generated channels that send payments back and forth in a secure and trust-less fashion (trust-less means that you don’t need to trust or even know your counterparty).

Say, for instance, that I wanted to pay you for each minute of video that I watched. We would open up a lightning channel, and as the minutes rolled by, periodic payments would be made from my wallet to yours. When I’m done watching, we would close the channel to settle the net amount on the bitcoin blockchain.

Because the transactions are just between me and you and don’t need to be broadcast to the whole network, they are almost instantaneous. And because there are no miners that need incentivizing, transaction fees are low or even non-existent.

First, two parties who wish to transact with each other set up a multisig wallet (which requires more than one signature to enact a transaction). This wallet holds some amount of bitcoin. The wallet address is then saved to the bitcoin blockchain. This sets up the payment channel.

The two parties can now conduct an unlimited number of transactions without ever touching the information stored on the blockchain. With each transaction, both parties sign an updated balance sheet to always reflect how much of the bitcoin stored in the wallet belongs to each.

When the two parties have done transacting, they close out the channel, and the resulting balance is registered on the blockchain. In the event of a dispute, both parties can use the most recently signed balance sheet to recover their share of the wallet.

It is useful to note that it is not necessary to set up a direct channel to transact on lightning – you can send payments to someone via channels with people that you are connected with. The network automatically finds the shortest route.

Development of the technology got a significant boost with the adoption of SegWit on the bitcoin and litecoin networks. Without the upgrade’s transaction malleability fix, transactions on the lightning network would have been too risky to be practical.

Without the security of the blockchain behind it, the lightning network will not be as secure, which implies that it will largely be used for small or even micro transactions which carry a lower risk. Larger transfers that require decentralized security are more likely to be done on the original layer.

Where are we now?

Although it was originally designed for bitcoin, the technology is currently being developed for a range of cryptocurrencies, such as litecoin, stellar, zcash, ether and ripple. Litecoin plans to launch its version at the same time as bitcoin’s.

In December 2017, startups behind the three most active lightning implementations (ACINQ, Blockstream and Lightning Labs) revealed test results, including live transactions, proving that their software is now interoperable.

Furthermore, version 1 of the lightning specifications, which set out the rules of the network, has been published. This will encourage the development of other implementations and applications.

However, the network is not yet ready for launch. Engineers have yet to release software with which real users can make transactions. Apps supporting lightning as a payment method are already cropping up, but so far they’re not easy to use.

That has not stopped some of those working on projects from testing lightning transactions on the bitcoin network. Lightning developers discourage this, however – not only does it act as a distraction to developers, but it also puts users’ funds at risk.

Given the complexity of the code, and the need for rigorous testing (we are talking about payments, after all), developers are urging patience. In addition, lightning can’t be implemented at scale until SegWit is more widely extended – so, while some believe that there is enough SegWit support to run the network on mainnet now, others predict that a usable lightning network could be at least a year away.

In March 2018, California startup Lightning Labs announced the launch of a beta version of its software, making available what investors and project leads say is the first thoroughly tested version of the tech to date. It is still early days, however – transaction sizes are limited, and the release is aimed at developers and “advanced users”.