Friday, September 7: after the midweek bloodbath, crypto markets have slightly stabilized today, although many coins continue to shed value, as Coin360 data shows.

Bitcoin (BTC) is trading at around $6,430 at press time, down just under one percent on the day, according to Cointelegraph’s Bitcoin Price Index.

Despite a bullish start to September, Bitcoin’s price decline set in this Wednesday, September 5. Since then, the leading cryptocurrency has spiralled downwards from a high of $7,391 to over $1,000 less at its intraday low today at $6,354.

The coin is now a stark 16 percent down on its weekly chart. On the month, Bitcoin nonetheless remains up by around 7.3 percent. 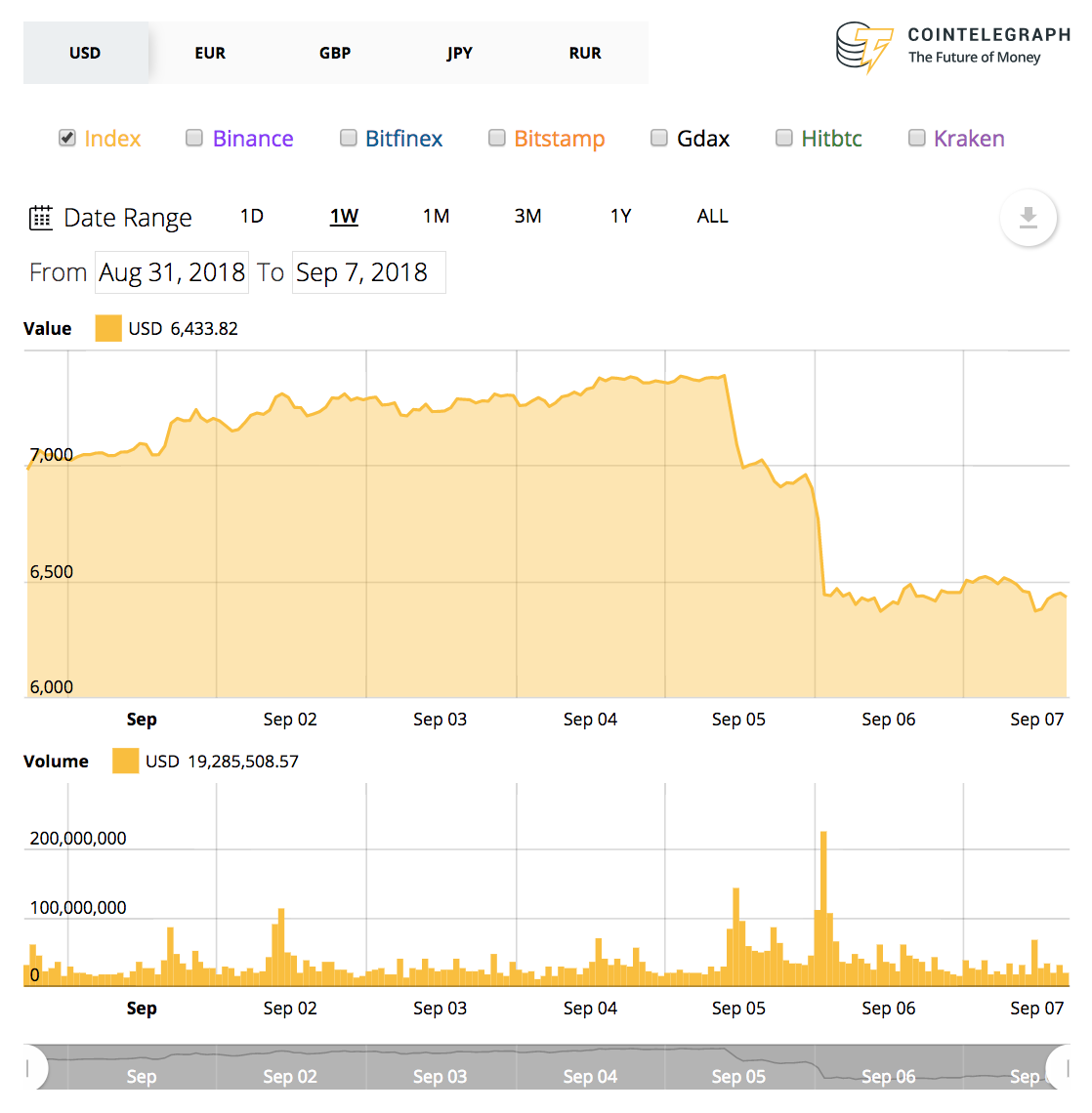 Ethereum (ETH) has tumbled to around $216 at press time, losing just over 3 percent on the day. As with Bitcoin, Ethereum started September strong, briefly brushing the $300 price point September 1 before this week’s price plummet.

On its weekly chart, Ethereum is down just over 23 percent, with monthly losses around 46 percent. 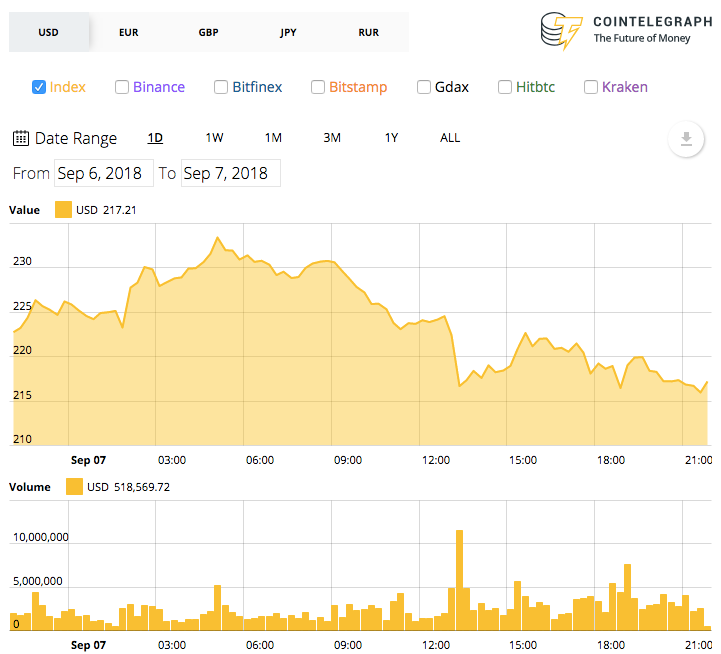 Among the other top ten coins on CoinMarketCap, only three are in the green, though losses are capped below 3 percent. After Ethereum, Bitcoin Cash (BCH) is down the most, seeing 2.77 percent losses on the day to trade at just under $500.

Stellar (XLM) is the only top ten crypto to see solid growth, up 4 percent on the day to trade at around $0.207. While it still remains shy of its intraweek high at almost $0.24, XLM-BTC has seen a solid bounce back to its trading levels before the mid-week market plunge set in September 5. 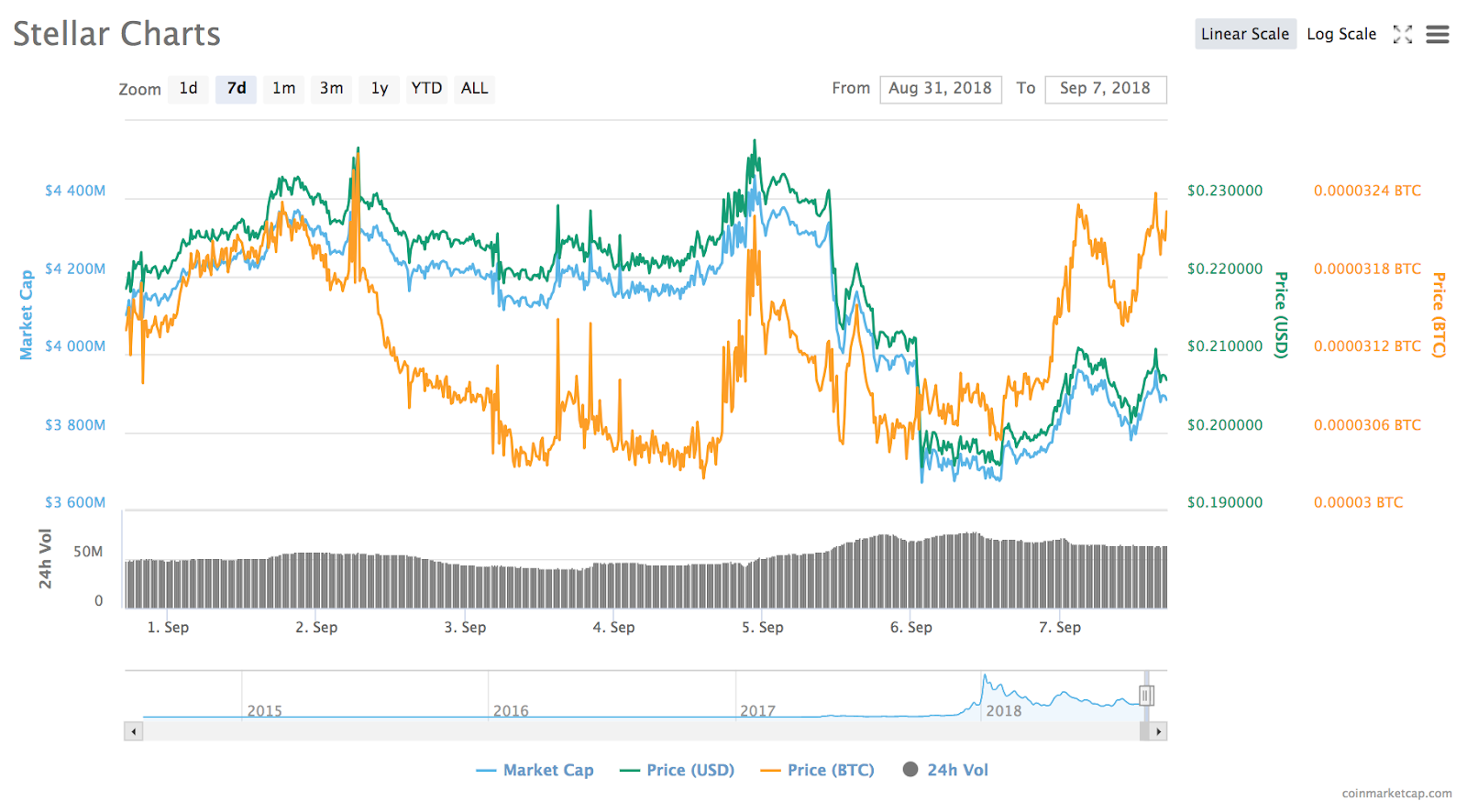 Among the top twenty coins, all but two assets are seeing mixed reds and greens in the 1 percent range, showing the coins are holding steady over the past 24 hours to press time. 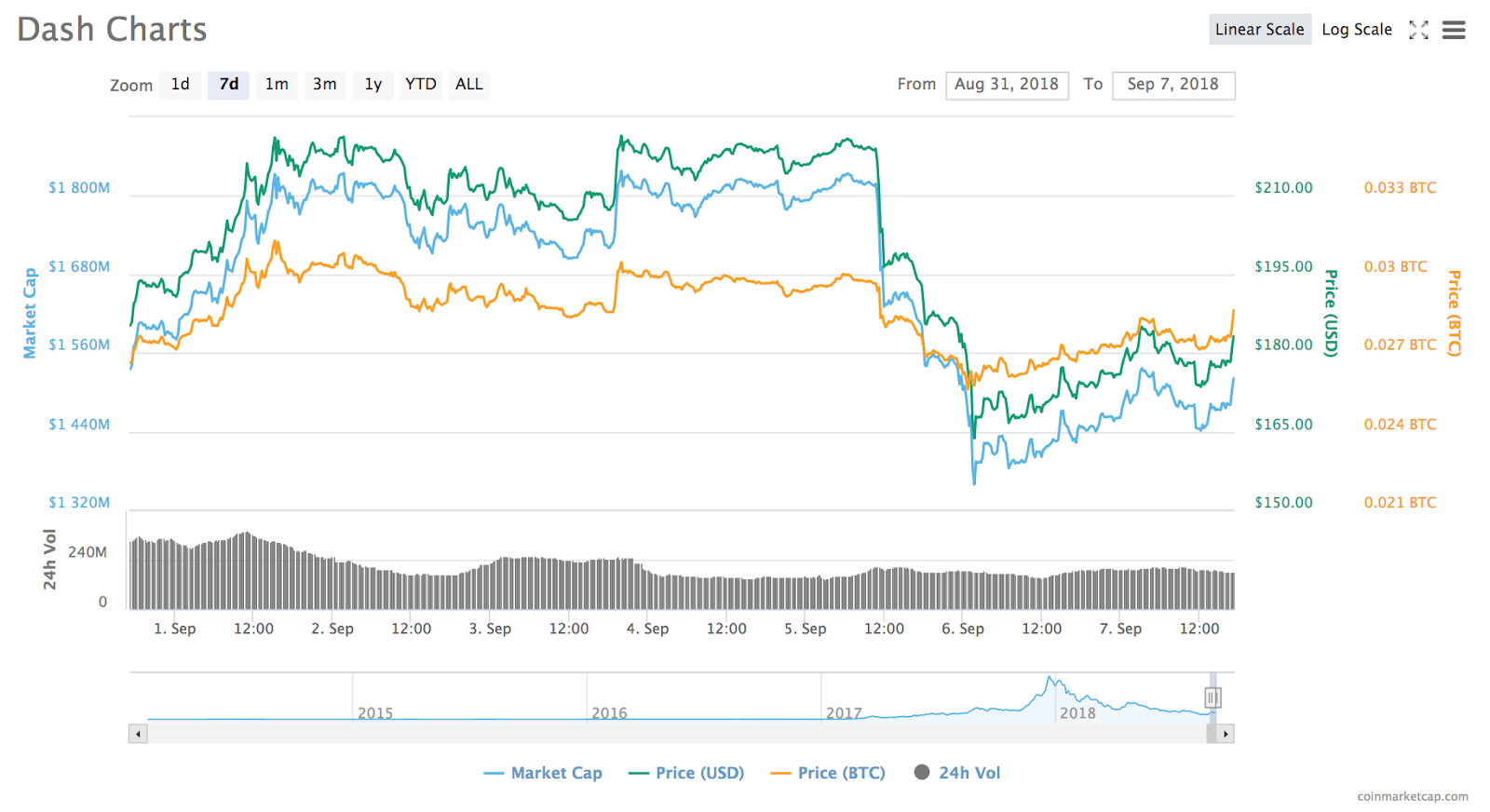 The other exception among top twenty coins is Dogecoin (DOGE), ranked 20th, which is up around 6 percent on the day, capping a week of extraordinary price volatility. 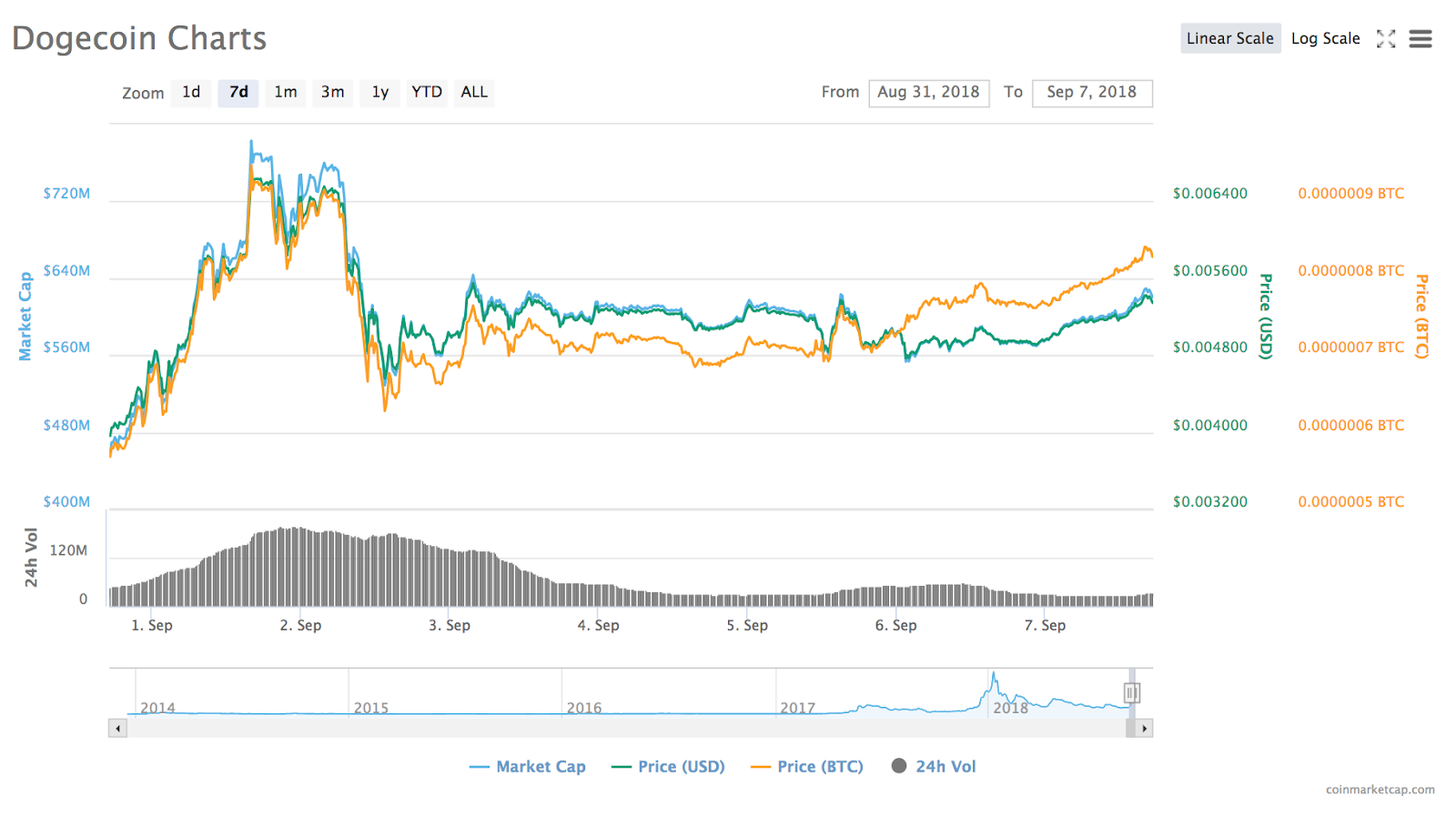 Total market capitalization of all cryptocurrencies is around $203.5 billion at press time, down over $35 billion from its intraweek high of around $240 billion.

Even as the markets tumble, fresh data from management and technology consulting firm GreySpark has found that volumes on crypto marketplaces have burgeoned in 2018, with the U.S. dollar the most actively traded fiat against cryptocurrencies.

Responding to this week’s grim market movements, crypto Twitter has actively mulled the possible impact and price correlation surrounding reports that Goldman Sachs was rolling back their plans to open a crypto trading desk. The banking giant’s CFO refuted the rumors in a statement September 6, calling them “fake news” and affirming the company’s plans were on track.