Today, the Assemblée Nationale (the French parliament’s lower house) is initiating a debate about a legal project introduced last June by the Minister of Economy and Finance, Bruno Le Maire, which contains some relevant changes for the French regulatory framework with regard to crypto assets and ICOs, together with many proposals aimed at sustaining the development of “liberated companies that are better funded, more innovative and fairer.”

This innovation, stimulated by the Plan d’Action pour la Croissance et la Transformation des Entreprises (PACTE – Action Plan for Business Growth and Transformation) would be an important step drawing France closer to the digital revolution revolving around blockchain and overcoming  the gap which presently separates France from the small club of countries that have created a favorable environment for investment in fintech and blockchain industry.

In fact, France was never an early-starter in this field: For instance, the projects financed by ICOs promoted by companies based in France currently make up only a fraction of the ones which chose to set their headquarters in Switzerland or in tiny countries such as Singapore or Gibraltar (this last one is an Overseas Territory of the United Kingdom). 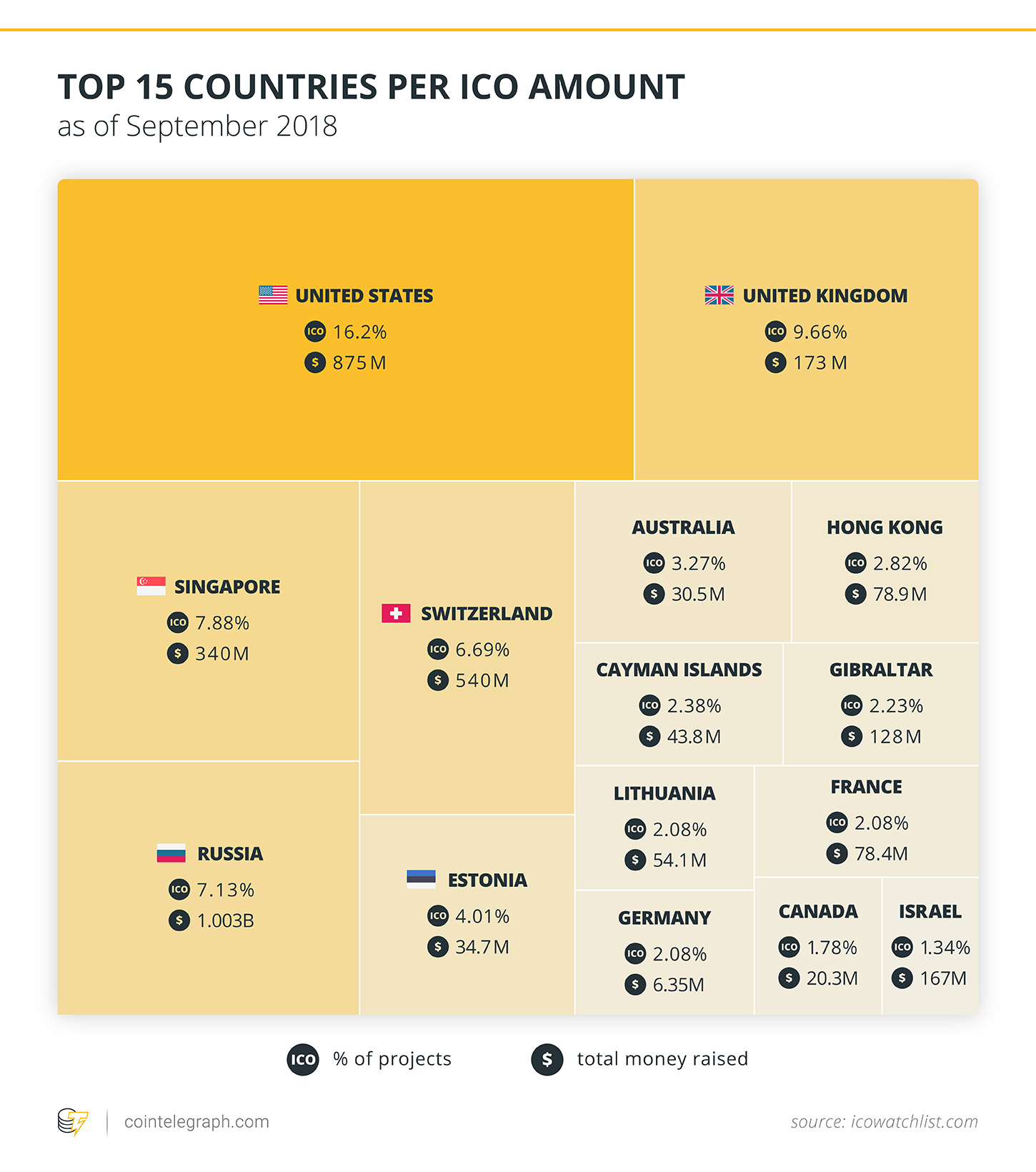 Article 26 of the new legal scheme, if approved by parliament, will modify the Financial and Monetary Code, introducing a definition for entities such as tokens (described in the law as “immaterial items, representing in digital form one or more rights, which could be issued, compiled, kept and transferred through a digital shared instrument, allowing to identify — directly or indirectly — its owner”) and ICO (“a public offer for tokens subscription, in whatever form”).

Besides, the modified code will offer to the émetteurs de jetons (literally, the tokens’ issuing entities — it’s very likely that the French administration will prefer this label rather than ICOs) the possibility of requiring a sort of ‘visa’ issued by the Autorité des Marchés Financiers (AMF, Financial Market Authority, the French regulator), certifying a set of requirements concerning transparency and diligence with regard to investors.

To obtain the AMF’s ‘license’ — which is, by the way, a voluntary process, not a legal requirement — a company proposing an ICO should produce a promotional document (aka a white paper) presenting contents that are “exact, clear, not misleading, which allow to understand the risks involved in the offer.” Besides checking the presale communication, the AMF would monitor the means which are to be implemented to guarantee the security and the transparency of the token issuing event and would monitor information about the results of the ICO and the creation of a secondary market for the tokens. The French press already disclosed some rumors about an amendment proposed by three MPs to extend the certification system to all the business activities dealing with crypto digital assets (“actifs numériques”) — i.e., exchanges, consultancies and intermediaries.

Even with some flaws (see below), the new scheme would create a milestone for France and perhaps even for Europe. However, this revolution didn’t come overnight.

A picture of Emmanuel Macron holding a Bitcoin hard wallet was released on Reddit in May 2017, just before his election as president. This is probably not proof that Macron could be considered as a crypto-enthusiast — as some might try to read into it. However, it is true that the 39-year old politician, a former telecoms executive, supported IT innovation as a tool to reform French administration and to boost the national economy since his first days in the Élysée Palace. 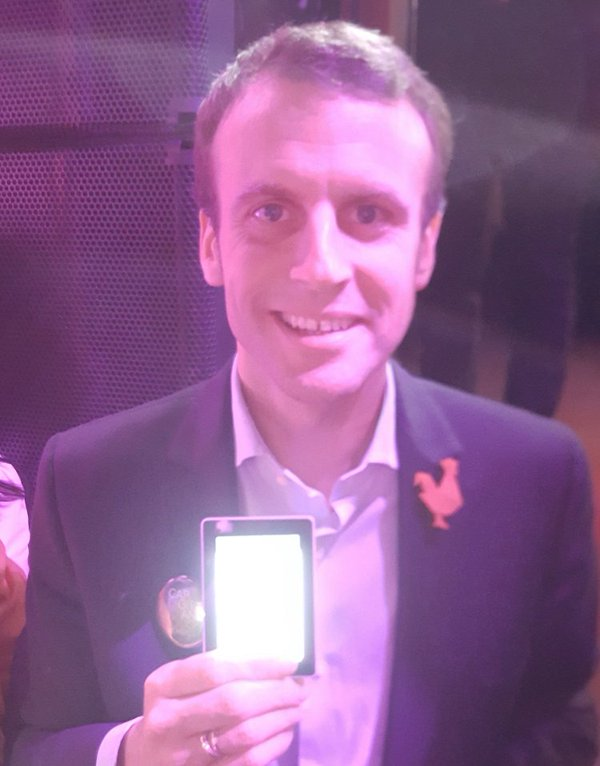 In fact, the scheme proposed under the PACTE isn’t an isolated measure. Rather, it is one of the first tangible results of a debate, which engaged the recently-appointed government for almost this whole year. It could be meaningful to note that some of the first cautious moves toward a “French digital revolution” coincided with the troubled rally of the crypto market at the end of 2017 and the beginning of 2018.

From October to December 2017, for instance, the AMF promoted a research program (UNICORN) based on a public consultation with regard to ICOs, which involved 82 respondents — including digital business players, academics, institutional investors, financial professionals, bank representatives and so on. The aim was to achieve a better definition of ICOs and tokens (such as that provided by the Swiss FINMA between April 2017 and February 2018), in order to issue guidelines on ICOs without changing the existing regulations and, in the meantime, exploring potential future regulatory actions.

Besides the formal results, it’s relevant to notice the positive attitude the monetary authority demonstrated toward the industry.

Even before the release of the UNICORN report, however, the Financial and Monetary Code encompassed some new articles, paving the way for a first acceptance of blockchain into French legislation. With a decree issued on Dec. 8, 2017, the French government introduced some changes which recognized the transfer of financial values via “a shared digital registration instrument” on the same level as traditional account-to-account registration.

A new government-sponsored think tank was promoted by Le Marie on Jan. 15, 2018, with the task of proposing “orientations for the evolution of current regulation,” with the main goal of “better controlling the development of cryptocurrencies and preventing use of them for the purposes of tax avoidance, money-laundering or the financing of criminal or terrorist activities.” Appointed to lead the group as ‘Monsieur Bitcoin’ — as the French press has labelled him — was Jean-Pierre Landau, senior officer in many international financial bodies, former deputy governor of the Banque de France and affiliated professor at Sciences Po, the same political sciences Grande École which Le Marie — and the majority of the top ranks in the French administration — attended.

In spite of some concern about the French government’s orientation which arose as a consequence of Landau’s appointment — who is also known for some critical stances against Bitcoin-mania — during the Buenos Aires G20 in March 2018, the Minister of Economy and Finance was very direct in terms of calming the need for France to join the crypto revolution.

The first concrete move was the definition of a new, simplified fiscal framework for the financial gains achieved by non-professional investors trading in cryptocurrencies. The General Directorate of Public Finances (the French tax authority) issued rules about cryptocurrencies back in 2014, classifying the personal gains from the sale of crypto assets and from mining as being among “non-recurring gains from a non-professional activity,” a category subject to a progressive income tax ranging between 14 percent and 45 percent. Last April’s decision of the Conseil d’État updated and clarified the fiscal rules, submitting the gains of trading to a flat rate of taxation (19 percent), including the sale of Bitcoin (oddly, the only cryptocurrency the document references) into “the category of capital gains of movable property” —  no change for mining and for the outcome of professional activities, the latter being taxed as industrial and commercial profits.

Therefore, the presentation of the PACTE’s scheme on ICOs on June 19, crowned months of debate and the rising commitment of the French administration with regard to the topic.

To the revolution, with esprit de finesse

So, is France ready to lead Europe toward the new paradigm of the blockchain economy, effectively competing against the Crypto Valley (Switzerland), the Crypto Island (Malta) and the Crypto Harbor (Gibraltar)? As a matter of fact, Le Marie’s proposals are far from becoming law, as the French legislative process requires that both Houses (the National Assembly and the Senate) review and approve an identical version of the texts submitted by the government.

In addition, the proposed ICO regulations establish some essential premises, while leaving other points rather blurred: The criteria underlying the AMF visas need to be defined in the future, alongside with the profiles and competences of the officers in charge of checking them. Besides, all the processes incorporated in the PACTE plan are based on voluntary agreement, and no sanctions —  save the loss of the visa — are envisaged for the ICOs which do not comply with the information provided in their ‘certified’ white paper. Finally, France would need to cope with EU monetary and financial watchdogs that, until now, haven’t shown a particularly favorable orientation toward the blockchain ecosystem and, especially, toward ICOs.

Nevertheless, the new French attitude features many notable elements. First of all, the subject aims to update the regulatory framework of one of the largest European countries — one that is provided with large population, a rich market, a strong administrative tradition, a number of research and education institutions that are renowned throughout the world and a lively business community. Even if France could be presently considered ‘crypto-underdeveloped,’ if compared to many small and even tiny crypto-havens, the country is likely to have the strength to fill the gap and to demonstrate the potential of the mass adoption of blockchain-based innovation in a complex social and economic environment.

Besides, it is interesting to note that the French decision makers are approaching the challenge of the crypto revolution in a rather original way: France, for instance, has tackled some of the technological paradigm shifts of the past decades — nuclear energy, petrochemicals, information and communications technology (ICT) — stressing elements such as centralization and strong regulatory schemes. The AMF-supported debate among a wide range of operators, non-restrictive regulation and voluntary action are some promising novelties.

Maybe, the late start itself will have some positive influences, stimulating an approach that is somehow able to cope with the very nature of the blockchain (i.e., decentralization and transparency).

Back in the late 1980s, France was at the forefront of ICT innovation as the first country to experience the mass adoption of digital network technology thanks to Minitel, a text-only internet-like oddity (looking at it from today’s perspective), promoted by France Telecom. The French-Wide-Web operated from 1982 to 2012 and French people could enjoy online access to phone directories, bank accounts, flight bookings, libraries — and, needless to say, some adult content — before the average American, Briton or German. Then, Minitel — heavily dependent on government support and based on proprietary technology — found itself unable to deal with the competition of the ‘globally open’ internet and began its retreat in the mid-‘90s.

Perhaps starting the race for the crypto revolution far from a lead position will allow France to achieve a better observation point, helping the decision makers to avoid the temptations of technological grandeur and stimulating them to match the regulations with the characteristics of the needs of the blockchain.