Saturday, August 18: crypto markets have seen another slump today, with some coins wavering following weekly gains, according to data from Coinmarketcap. Total market cap has dipped as low as $210 billion at press time. 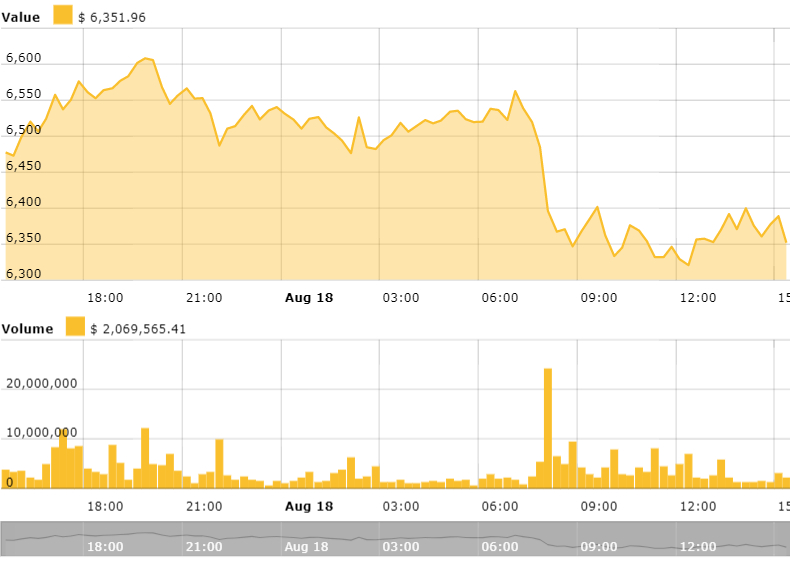 Ethereum (ETH) has failed to hold $300 support, trading at $291 at press time. The major altcoin has suffered a 3.74 percent loss over a 24 hour period, also having failed to keep momentum over the week with an 11 percent loss in the past 7 days. 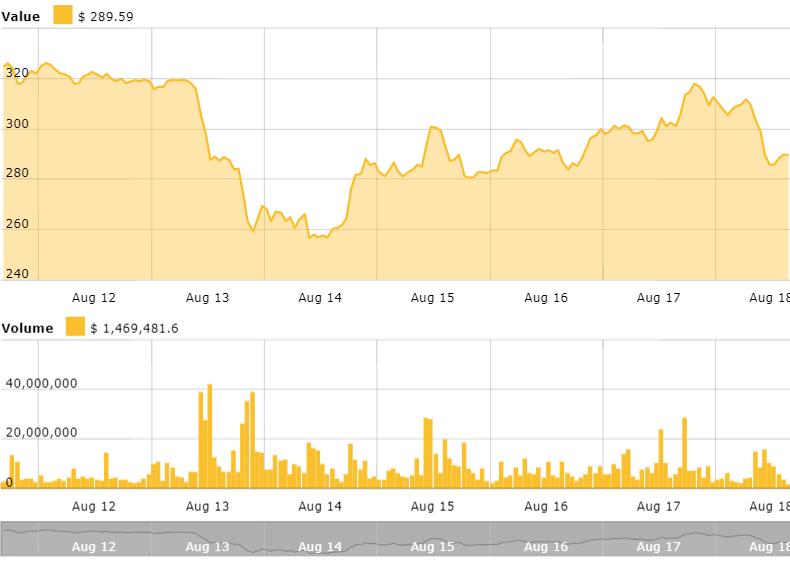 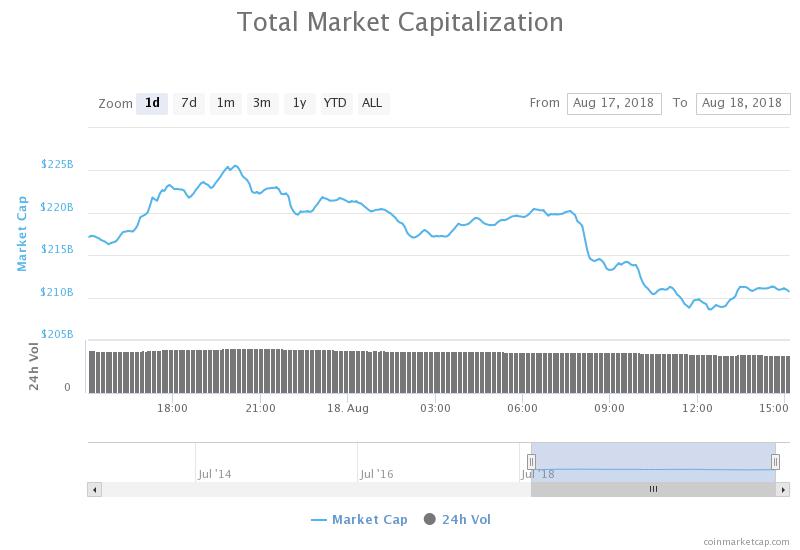 While total market cap is down, Bitcoin is holding its position in the crypto market, with its dominance standing at 52.27 percent at press time.

Ripple (XRP), the third biggest altcoin by market cap, has also taken a hit, down 6 percent on the day and currently trading at $0.31. 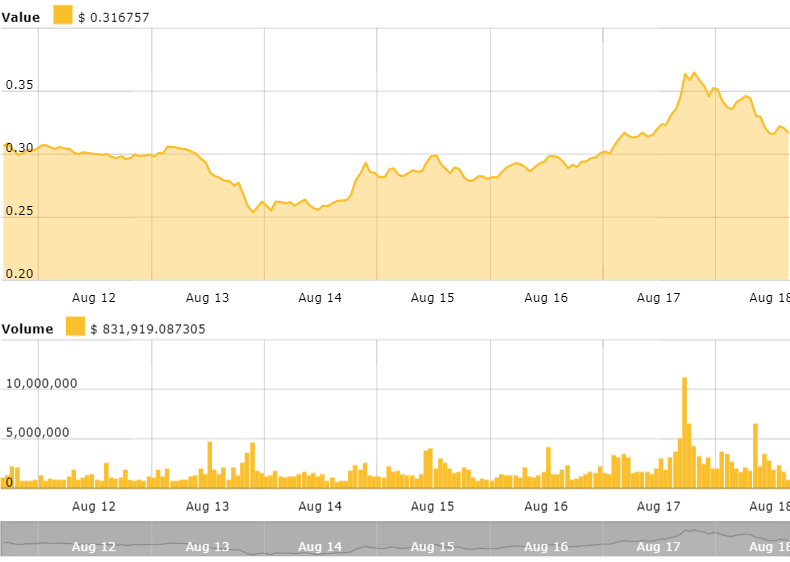 Ethereum Classic (ETC), which was recently listed by major U.S. crypto exchange and wallet service Coinbase, has given up its eleventh position on the market to TRON (TRX), according to Coinmarketcap. Now ranking 12th, ETC is down 7.8 percent, currently trading at $13.09.