Wednesday, September 26: following a slight sell-off, crypto markets are seeing another flush of green with virtually all of the top 100 cryptocurrencies by market cap in the green. Gains among the top 20 coins by market cap are reaching over 20 percent over the past 24 hours to press time.

Bitcoin (BTC) is slightly up and trading above $6,500 price point today. The leading cryptocurrency increased by about 2 percent over a 24 hour period, and trades at around $6,524 at press time, seeing around 3 percent growth over the week. Yesterday, Bitcoin’s price had dropped to as low as $6,366, following a sharp surge to above $6,700 on September 21. 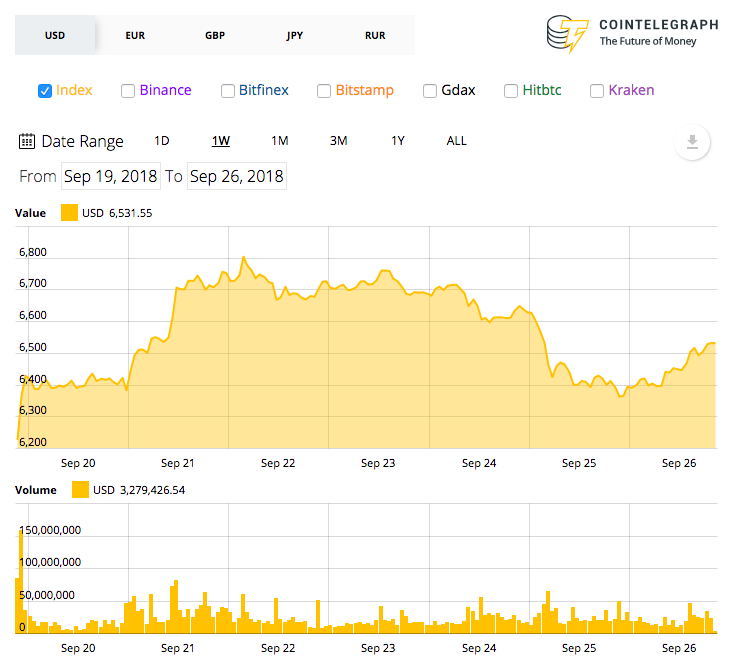 The current second cryptocurrency by market cap, Ethereum (ETH), has seen more gains today, up almost 5 percent over a 24 hour period and trading at about $220 as of press time. Yesterday, the altcoin had plunged to as low as $206, and the current price point is still 20 percent down over the past 30 days. 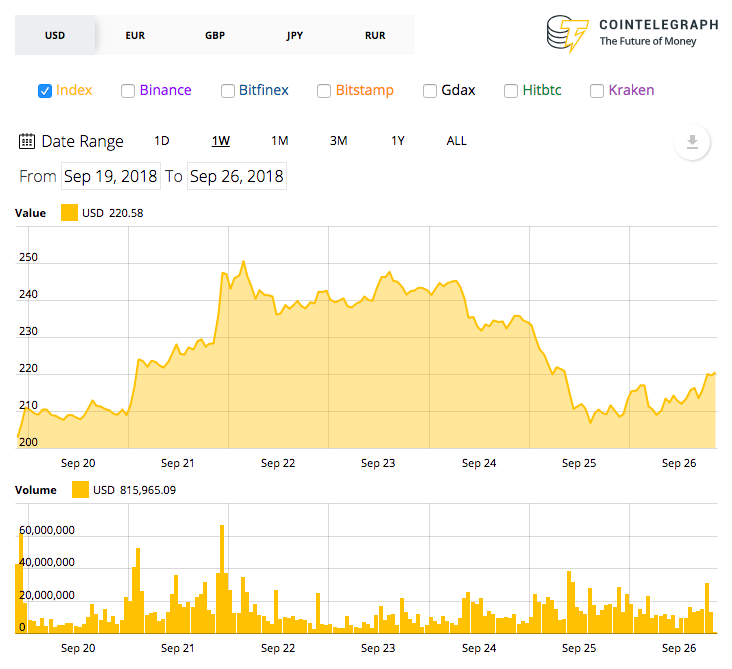 Ripple (XRP), which is now the third top cryptocurrency by market cap, has seen one of the biggest gains among the top 20 coins by market cap, also having managed to briefly overtake Ethereum in terms of market capitalization for the second time in a week. The cryptocurrency is up 16.5 percent over a 24 hour period and trading at $0.53, with its market cap amounting to about $21 billion — roughly one billion less than the current market cap of Ethereum. 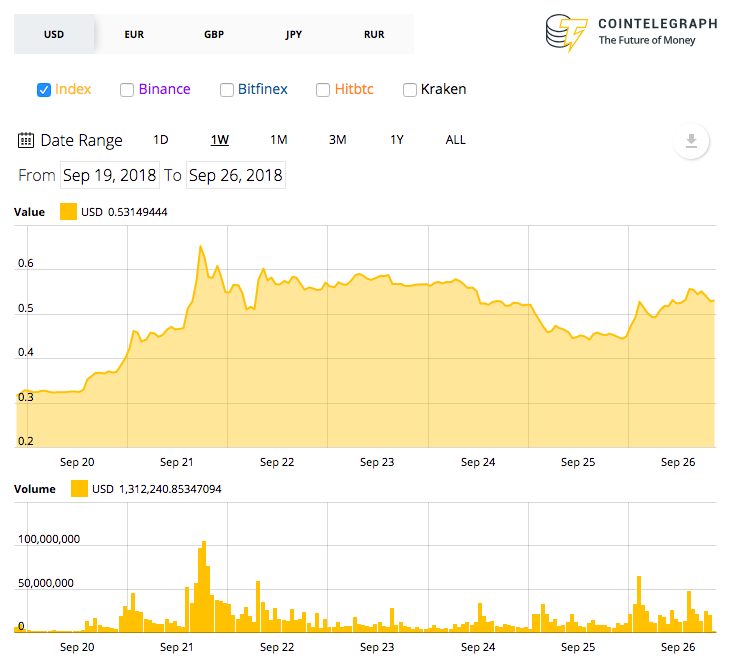 Total market capitalization is currently reflecting the crypto market’s rebound, amounting to about $217 billion at press time. However, the current capitalization point is still somewhat down from the recent highs of $228 billion. The daily trade volume of the market now constitutes to more than $15.8 billion, with the total number of trading cryptocurrencies equal to 2,003. 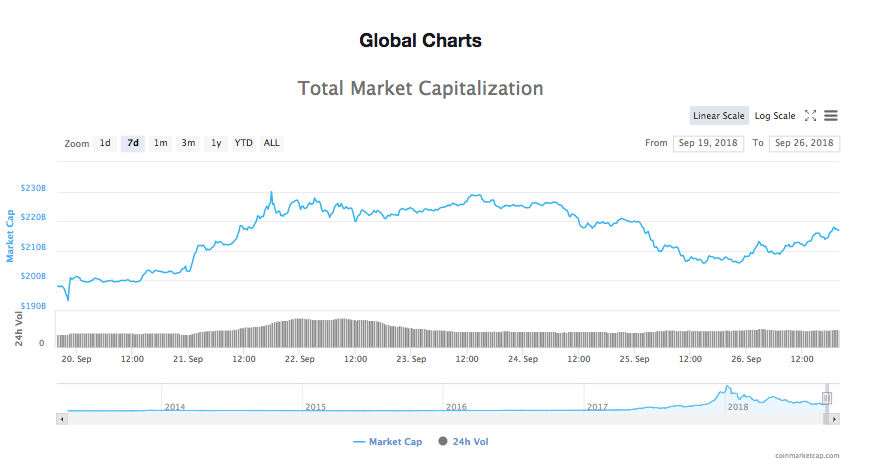 Bitcoin Cash (BCH) has seen the biggest gains today in terms of the top 20 coins by market cap. The digital currency is trading at about $517 at press time, seeing 19 percent growth over the past 24 hours and weekly gains amounting to around 20 percent.

Yesterday, the Switzerland-based Bank for International Settlements (BIS) released a report pointing out at a strong correlation between cryptocurrency prices and news on global regulatory actions in the industry.

The new wave of green on crypto markets is also coming amidst the recent news of the the upcoming physical Bitcoin futures set to be launched by Intercontinental Exchange (ICE), which operates the New York Stock Exchange (NYSE). The first offerings of ICE’s Bakkt cryptocurrency platform will reportedly take the form of physical BTC futures — aiming to create a “regulated ecosystem” for institutional investors — with the first contracts to be available in at least three fiat currencies, such as the U.S. dollar, British pound sterling and euro.