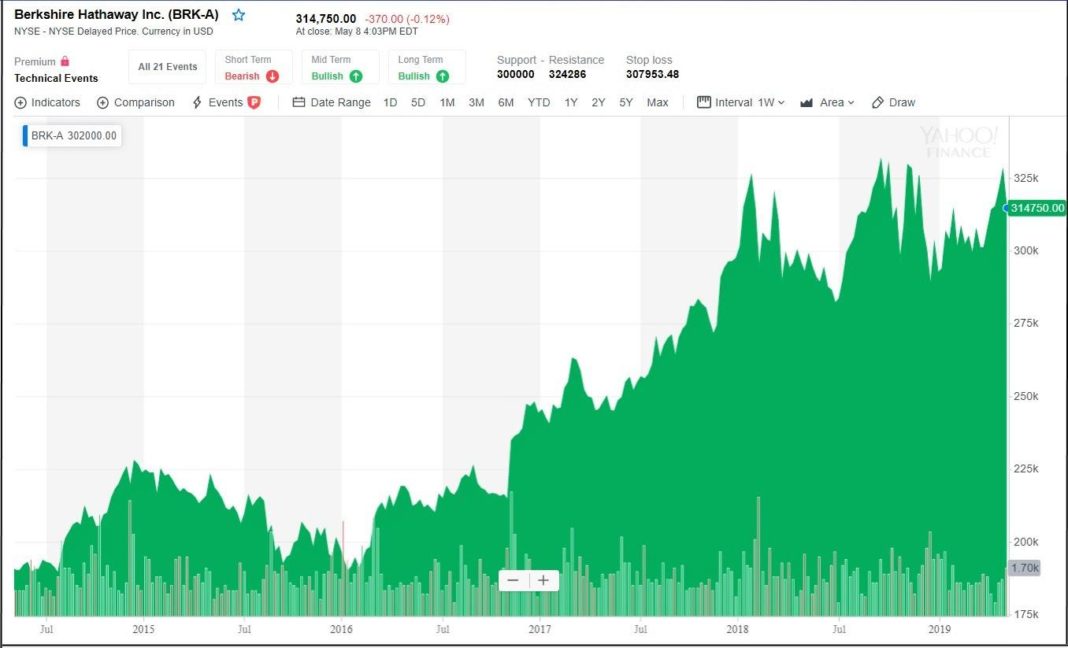 Berkshire made the disturbing revelations in a regulatory filing during its annual shareholders meeting last weekend. In the filing, the holding company admitted that it was the victim of a massive Ponzi scheme.

“In December 2018 and during the first quarter of 2019, we learned of allegations by federal authorities of fraudulent income conduct by the sponsor of these funds.”

“We now believe that it is more likely than not that the income tax benefits that we recognized are not valid. Law-enforcement officials searched a business tied to the case in December and alleged a “Ponzi-type investment fraud scheme.”

The sham mobile solar generator company had bragged that it could offer “very favorable tax consequences” for its investors. That was all a lie, according to federal authorities.

In February 2019, DC Solar filed for bankruptcy after the FBI raided the company’s offices and the home of its co-owners, Jeff and Paulette Carpoff.

The $340 million investment loss Berkshire incurred in the swindle is tiny compared to its massive $190 billion stock portfolio. However, the incident underscores that even savvy financial wizards like Warren Buffett can be hoodwinked.

As CCN reported, these are Berkshire Hathaway’s 15 largest stock holdings, according to its 13-F filing from February 2019. As you can see, more than half of Berkshire’s top 15 holdings is in large banks, such as:

Does Buffett hate bitcoin because he’s invested in legacy banks?

Accordingly, it’s no surprise that Warren Buffett and his longtime lieutenant Charlie Munger despise bitcoin and have repeatedly trashed it.

These comments are indicative of the way many established financial institutions view cryptocurrencies: as an existential threat to traditional banks.

As CCN reported, Munger called bitcoin fans traitors who worship at the altar of history’s greatest traitor: Judas Iscariot. For reference, Judas was the apostle who betrayed Jesus Christ for 30 pieces of silver.

Buffett also reiterated his bitcoin hatred by saying buying it is “mathematically dumb.”

Buffett may be 88 years old, but he’s still super-sharp and incredibly competitive. Don’t let his mild-mannered appearance fool you. He’s a shark.

Want proof? Last weekend, Buffett slammed Elon Musk‘s ambition to launch a Tesla insurance product. Buffett said he’d bet against it because the insurance industry is too tough to break into.

“It’s not an easy business. I’d bet against any company in the auto business [getting into insurance.]”

Keep in mind that one-third of Berkshire’s business is in insurance, including Geico. So it’s no surprise that Buffett threw shade at a potential competitor.