Thursday, August 30: following the week’s brief uptick, crypto markets are today seeing widespread corrections, with the top ten coins by market cap losing between 1.5 and 5 percent on the day. All but 13 minor alts among the top 100 ranked cryptos are in the red, as Coin360 data shows.

Bitcoin (BTC) is trading at around $6,942 at press time, down1.52 percent on the day, according to Cointelegraph’s Bitcoin price index.

Having broken through the much-fêted $7,000 threshold earlier this week, the top coin has seen a slump set in as of yesterday, August 29. 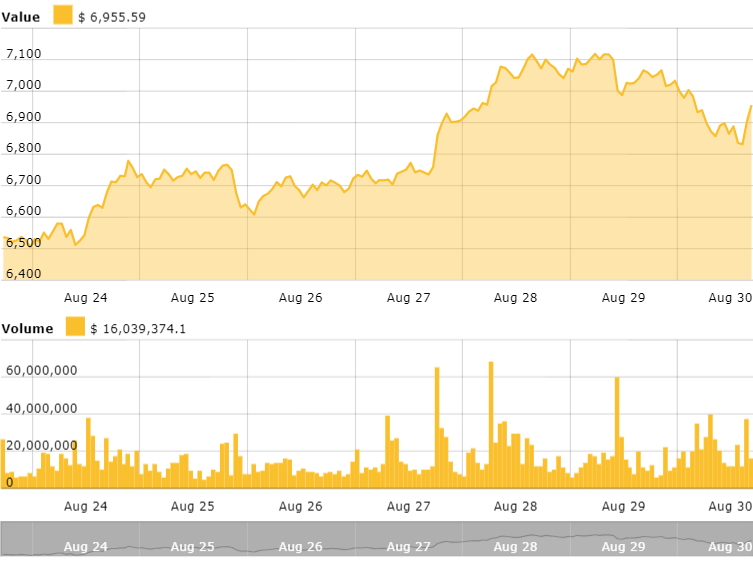 On the week, Bitcoin remains up a solid 6 percent, while monthly losses are around 15 percent.

Ethereum (ETH) is trading around $284 at press time, over 3 percent on the day and virtually reversing the gains claimed over the past couple of days. The altcoin is now back within the trading range it held between August 20 and August 27. While Ethereum’s weekly gains remain less than 1 percent, monthly losses are pushing 39 percent. 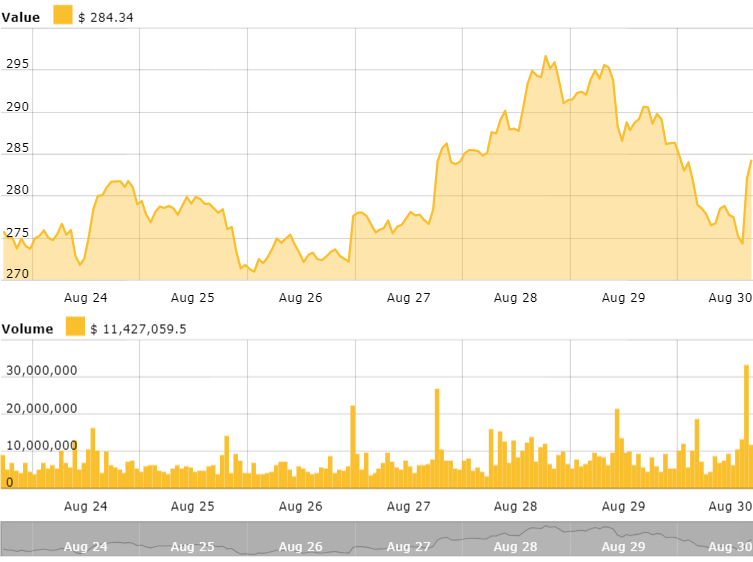 Having seen growth of over 12 percent yesterday, EOS (EOS) is today down 3 percent and is trading at $6.05 at press time.

IOTA (MIOTA) has taken a hit. Following a week of exceptionally bullish growth in response to news of a partnership with Japanese ICT conglomerate Fujitsu on a new proof-of-concept (PoC) for audit trails, IOTA has lost 4.68 percent on the day and is trading around $0.71. 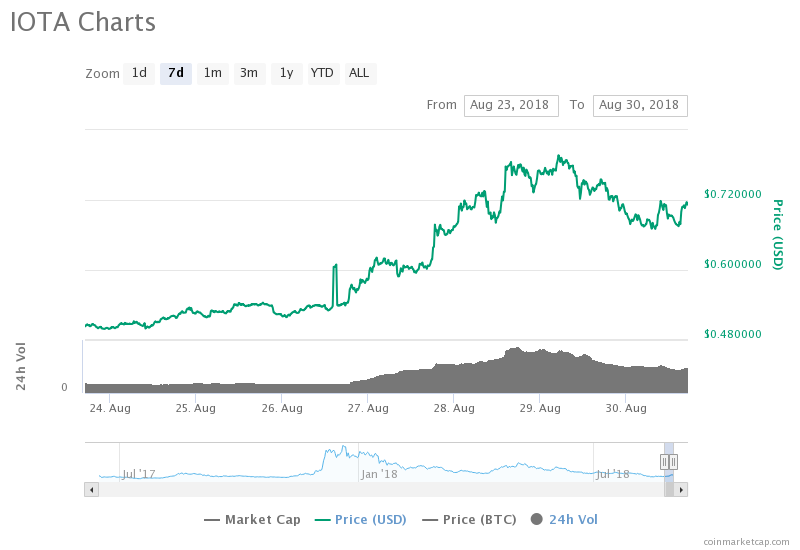 Total market capitalization of all cryptocurrencies is around $225 billion at press time, down $8 billion from yesterday, and over $12 billion from a weekly peak at $233.2 billion. 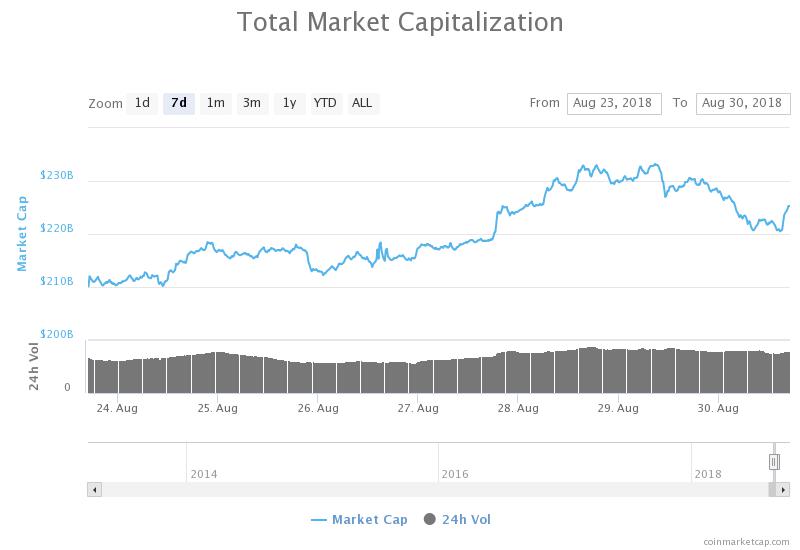 While the market falters, regulators globally this week have indicated efforts to bring greater transparency — and potentially with it, more stringent oversight — to the cryptocurrency sector.

Economic and financial affairs ministers from the European Union’s 28 member states will reportedly hold an informal meeting in early September on the challenges posed by digital assets and the possibility of tightening regulations, according to a new Bloomberg report. Polish legislators have also this week introduced a long-awaited new bill to clarify the country’s current crypto taxation policy.

Keeping in mind Charlie Lee’s recent comments that bear markets offer an opportunity for the community to focus on reaching adoption, Yahoo Finance has this week integrated trading with Bitcoin (BTC), Ethereum (ETH), and Litecoin (LTC), news that was hailed by Morgan Creek Digital’s Anthony Pompliano as a bullish sign the crypto “virus is spreading.”