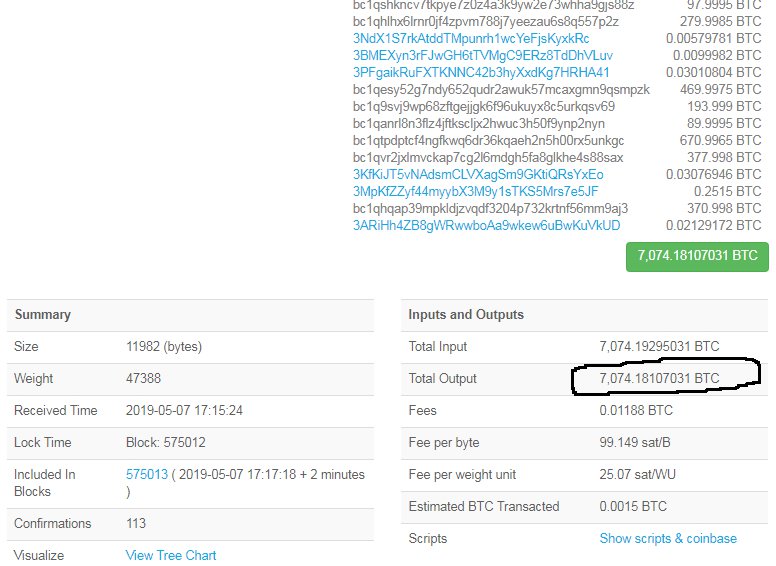 By CCN: On May 10, Changpeng Zhao, the CEO of Binance, the world’s largest crypto exchange, released a security incident update regarding the firm’s loss of 7,000 bitcoin.

Following the high-profile security breach of the exchange during which sophisticated tools and methods were used to steal $44 million from Binance, the firm swiftly revamped its security measures and practices.

“Rest assured, our team is making progress. We are taking this opportunity to significantly revamp some of our security measures, procedures, and practices. With the goal of resuming deposits and withdrawals as soon as possible, some of the changes will be done within the window of this week, and many further changes will be made afterward,” Zhao said.

In the near-term, Zhao emphasized that Binance will cooperate with major crypto exchanges and blockchain analytics firms to trace the movement of stolen funds and attempt to freeze the funds should they land on crypto exchanges.

Can Lost Bitcoin be Traced?

With the hiring of Elliptic earlier this month to improve compliance efforts and security measures, Binance brought the total number of partner blockchain analytics firms to three, more any other major crypto exchange.

Companies like Elliptic and CipherTrace utilize the public blockchain networks of cryptocurrencies such as bitcoin to trace suspicious transactions and funds that are linked to criminal activities.

Zhao said that Binance is currently working with a dozen of security teams to track down the hackers and the stolen funds, and with exchanges to freeze funds.

We are working with a dozen or so industry-leading security teams to help improve our security as well as track down the hackers. Many security and blockchain analytics firms are actively helping us track the stolen funds. We are also working closely with many exchanges and other services to ensure stolen funds are frozen if received. It is already sort of an alliance, and we have some ideas to contribute more on this front after we get past this incident.

As Reuters reported, stolen funds from Binance have already started to move and the 7,000 BTC are now reportedly being managed by seven different addresses.

Coinfirm, a blockchain analytics firm based in London, emphasized that until the hackers attempt to cash out the stolen bitcoin, the identity and the location of the hackers will likely remain unknown.

Several security teams and experts in the crypto industry have offered to assist Binance in recovering its funds including the widely utilized cybersecurity software McAfee creator John McAfee.

If I am able to help, then please expect little or no public information releases, at least from me. The first rule of a cyber investigation is silence. pic.twitter.com/k3kXvCCCEn

Previously, CCN reported that Binance has said it will cover the loss with corporate funds, primarily using its Secure Asset Fund For Users (SAFU), an insurance fund the firm created last year.

Will the Incident Strengthen the Exchange Over the Long Run?

According to Zhao, despite the negative effect the security breach could have on the short-term outlook of the industry, the incident could strengthen the exchange in the long run.

“We will continue to fight for all of us, the community, against hackers and people with ill intentions. I believe this incident, while damaging us now, will actually make us far stronger and more secure in the long run,” Zhao said.

It will also likely serve as an alarm for many exchanges to prepare for an unlikely event of a security breach with proper insurance and infrastructure in place.